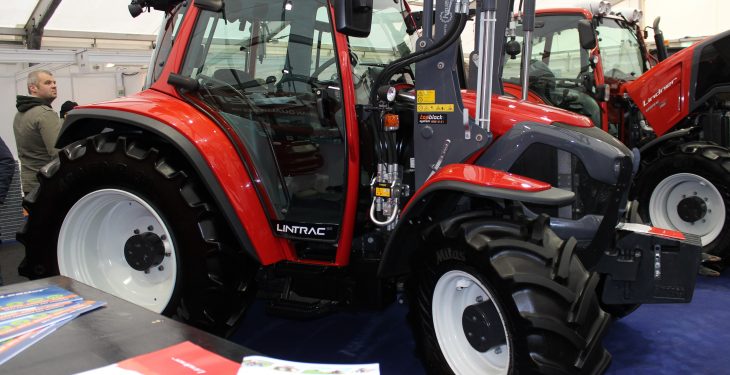 This is one of the most eye-catching tractors at the show.

One of the most eye-catching exhibits at this week’s FTMTA Farm Machinery Show is on Lindner’s stand – or rather that of its Irish importer, Plant Systems.

Lindner is an Austrian tractor brand. It has been represented here in Ireland by Plant Systems, based in Balrothery, Balbriggan, Co. Dublin, since 2014.

Visitors to overseas machinery shows may have seen these red-liveried tractors many years ago. However, up until three years ago the brand had no footing in this country – at least not in any official capacity.

Lindner’s history stretches back to the late 1940s. From its factory in Tyrol, Austria, it produces tractors and specialist farming and off-road transporter machines. The company still remains a family-owned entity.

Nowadays, the company manufactures around 1,500 vehicles each year. Over 1,000 of these are sold within Austria; the remainder are exported.

Two tractors are on display at the FTMTA exhibition. This follows Lindner’s presence at the recent LAMMA show in England, where it showed its Geotrac tractors, the novel CVT Lintrac model and Unitrac transporters – some of which were new or updated for 2017.

According to Darren Plant, Plant Systems, Lindner tractors are “quality products, which can be specified to a high level”. For example, the Lintrac model can be had with four-wheel steering and a continuously variable transmission.

Lindner is also notable for offering special tractors and transporters with a low centre of gravity, which are designed to safely tackle steep slopes.

The most powerful tractor in Lindner’s line-up at present is the Geotrac 134 EP. It shoves out 133hp, which boosts to 144hp for PTO or transport duties.

A ZF 4-step powershift transmission provides 32 forward and 32 reverse speeds. Buyers can opt for a maximum road speed of 30, 40 or 50kph. In 40kph guise, engine speed is limited to just 1650rpm at top speed – to conserve fuel.

Plant Systems retail the tractors from their Dublin base; they also have regional dealers around the country. 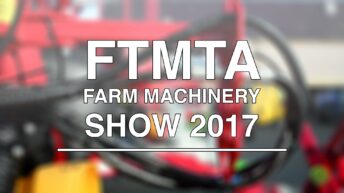 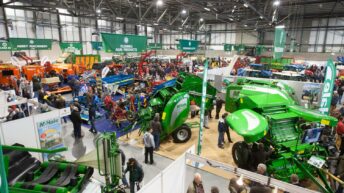