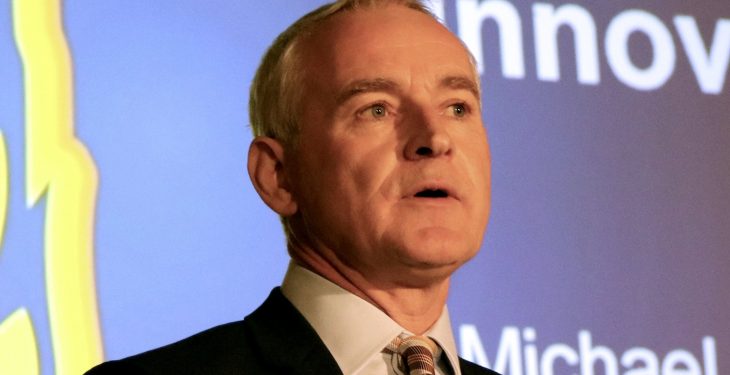 This is the considered view of Michael Muncey, the new head of Bayer’s Crop Science division in the UK and Ireland.

“Recent research carried out at Rothamsted has confirmed that it is possible to achieve up to 40% higher rates of photosynthesis in GM varieties of wheat grown under laboratory conditions.

“The question is – can yield increases, which complement this potential, be achieved in-field?

“But even if improvements in output of between 15% and 20% can be obtained under commercial conditions, the potential yield benefits for growers will still be extremely significant.

A case in point, where Bayer is concerned, is the upcoming Irish launch of the new T2 wheat fungicide ASCRA.

“It is the first product of its kind to contain two complementary SDHI chemistries.”

Prior to his new appointment, Muncey spent a number of years in France with responsibility for crop science activities in the Ukraine and Russia, after a successful stint as Bayer Head of Country for Hungary.

He said that Bayer is a ’pro-science’ company.

“This is a fundamental driver for the business as a whole. We believe that the implementation of new science should be risk rather than hazard driven. This lets scientist do the talking rather than politicians.

“And this principle will be as relevant to the development of new GM technologies as it will be to the evolution of accompanying chemistries.”

Muncey recognises that Brexit will pose challenges for agriculture in the UK and Ireland.

“But opportunities will also present themselves. The prospect now exists for farm support policies, certainly in the UK, to drive efficiency at farm level.

“And, if implemented sensibly, this could be a good news story for farmers.”