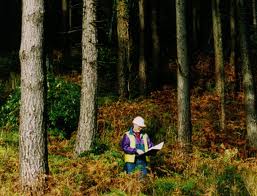 The Department of Agriculture has clarified a number of issues in relation to farmland damaged during recent storms and how this will be addressed in inspections in the coming year.

Speaking following a meeting with senior officials, Patrick Rohan, chairperson of ICMSA’s Farm Services and Environment Committee, said the clarifications are both needed and welcome.

The department clarified the following, which will be treated as Force Majeure for the coming year:

–         Where trees have fallen on farmland and will not be cut this year. The department has confirmed that the area covered by the trees will remain eligible land and thus the farmer does not have to make an adjustment to his/her land area. Given the huge number of trees that have fallen throughout the country in recent storms, this is a welcome development and takes some pressure off farmers, noted Rohan.

–         Where farmland that was declared in previous years has become covered in rock, stones, rubbish, seaweed and so on, the department will again treat this land as eligible land so the farmer will not have to adjust his/her maps in relation to this issue.

–         In relation to farmers who have lost land to the sea, the department have confirmed that these farmers will be able to consolidate their entitlements on to their remaining land to ensure that they can claim their full payment for 2014.

While this is welcome in relation to their direct payments, Rohan pointed out that the reality for the farmers concerned is that they have lost land to the sea and this is a wider issue that needs to be addressed by the state agencies responsible for the management of their coastlines.