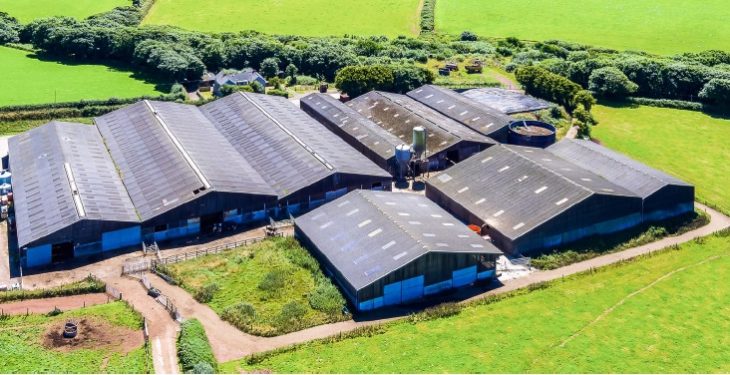 Demand for rural land in UK has fallen sharply in the past six months and prices are expected to fall, according to the latest survey from RICS and the Royal Agricultural University.

A significant drop in demand for rural land in the UK was reported the first half (H1) of 2016, and with supply continuing to increase, expectations have been pushed further into negative territory.

Some 49% of contributors now expect prices to fall across all farm types over the coming year.

Anecdotal evidence from respondents suggests that several factors are combining to dampen sentiment in the market which include increased uncertainty due to the EU Referendum, subsequent confusion over the future of CAP payments and low commodity prices.

Commercial farmland has seen the worst of the current downturn with demand falling most substantially in this sector (net balance of -48%), but residential farmland also saw a sharp drop in buyer interest in H1 with 19% more contributors reporting a fall rather than a rise.

This is unlikely to change in the next 12 months, with expectations for commercial farmland over the coming year firmly in negative territory (56% of respondents expect a further decline in prices).

However, the outlook for mixed residential land has also turned visibly negative in H1 with a net balance of 42% of surveyors expecting prices to fall rather than rise over the next year.

According to the surveys transaction-based measure, average farmland prices edged down in the latest period and now stand at £10,750 per acre.

Meanwhile, the survey’s opinion based measure (a hypothetical estimate by surveyors of the price of bare land) fell by 4% between H1 2016 and H2 last year.

The survey also shows that average arable land rents fell by 8.8% in H1 and by 3.1% over the year as a whole.

Average pasture land rents fell by 6.7% in H1 and by 7.3% over the year. Consequently, yields on investment land also decreased to 1.6% in H1.

The buyer profile has remained broadly unchanged over recent years with individual farmers still representing around 60% of purchases.

Meanwhile “lifestyle” buyers compose around one quarter of the demand.

Although uncertainty is weighing on the market currently, members’ comments suggest that, over the longer term, farmland is still seen as a safe asset and desirable to investors with rollover money continuing to underpin demand.

Commodity price volatility was already negatively impacting sentiment in the rural land market prior to the EU referendum, and the outcome of the vote has added further uncertainty.

For now, this appears to be weighing heavily on demand and prices have begun to slide. Nevertheless, going forward, at least some encouragement can be taken from the potential for the Bank of England’s monetary policy stimulus to support activity.

In addition, the fall in Sterling should prove beneficial to agricultural exporters and farmlands safe haven status may attract long term investors, particularly for prime holdings.