A dairy farm in Chile with 6,500 cows in total has signed an agreement with DeLaval which will see the farm install an extra 48 VMS milking robots – making it the world’s largest robotic milking farm.

The farm already has 16 robots installed and these extra robots (bringing the number to 64 in total) will milk 4,500 cows on the farm.

Owned by Agricola Ancali and part of the Bethia Group, the farm has been able to see the results of installing the robots with an average yield of 45.2L for the 920 cows going through the robotic milking system today.

According to DeLaval that is this is a 10% increase in milk production from before as well as a reduction in labour costs.

Pedro Heller, CEO at Ancali Agricola, said that the benefits have been remarkable.

“We started using robots for 500 cows, and when we saw the economic benefits and we realised that it was possible to improve production per cow by 10% and reduce the stress of the cow we decided to further explore. 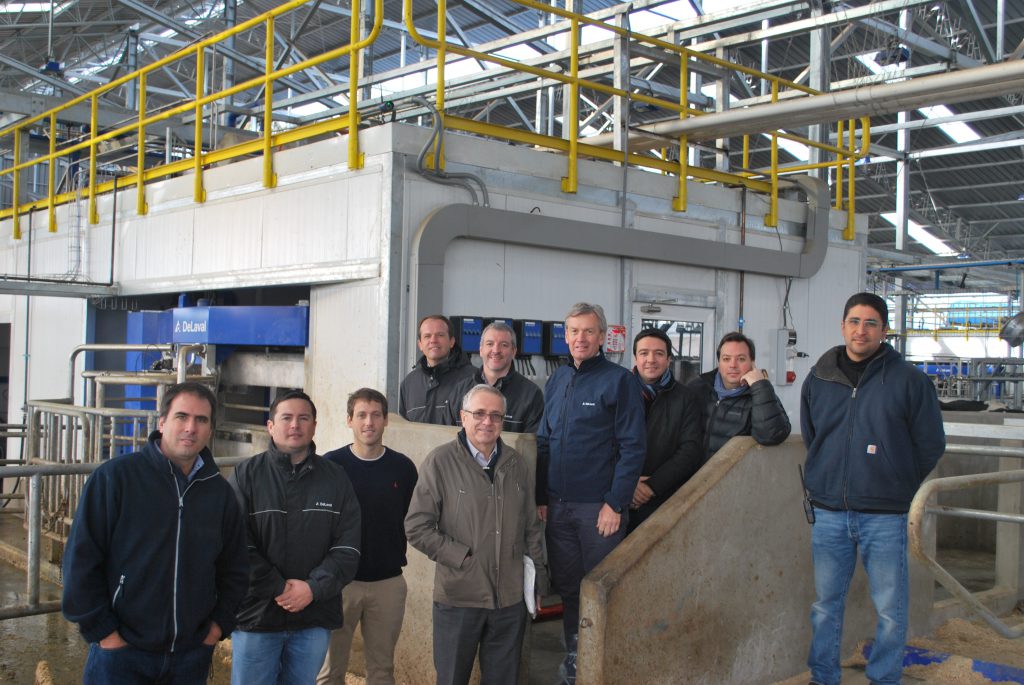 The farm management team on the 6,500 head Chilean dairy farm

“During the second stage we decided to modify the farm, changing our conventional milking system for an automatic milking system.

“The plan is to have our best 4,500 cows milked by DeLaval VMS and we believe we have a perfect set up should we decide to grow more in the future,” Heller said.