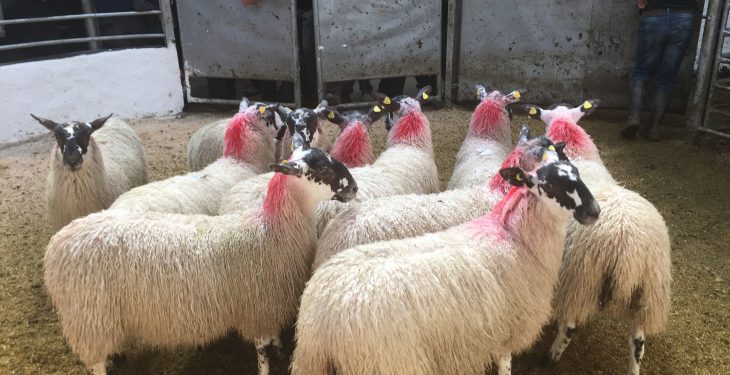 Many hogget finishers may be experiencing symptoms of deja vu, as some factories have opted to knock hogget quotes by 10c/kg this week.

Hogget quotes are currently 480-500c/kg (excluding Quality Assurance bonuses), with many processors stepping back from the 490c/kg that was on offer last week.

A similar price drop was witnessed during the corresponding week in 2016, but at the time hogget quotes were sitting at 530-540c/kg.

Spring lamb quotes failed to reach the ‘necessary’ 700c/kg mark in the lead up to Easter. And, in a post-Easter market, the status quo of 590-600c/kg continues to remain in place.

Official figures from the Department of Agriculture show that some 5,185 lambs were slaughtered in approved sheepmeat export plants this year (up to the week ending April 9).

However, the total kill for 2017 is currently running 11% or 70,752 head above 2016 levels. The majority of this increase is due to a rise in ewe, ram and hogget slaughterings.

According to Bord Bia, demand remained steady in Britain last week in advance of the Easter break and throughput numbers have started to increase.

The SQQ live price for lamb in England and Wales made the equivalent of around 484ckg deadweight towards the end of the week.

In France, it says, some stability was reported in the market on the back of Easter demand and a number of retailers carried out promotions focusing on legs and striploins.