“Decisive progress” and the draft deal reached between the EU and UK negotiators on Brexit have been welcomed by the Irish Co-operative Organisation Society (ICOS) today (Friday, November 16).

In the view of the association, this withdrawal agreement covers all elements of the UK’s withdrawal from the EU.

These include: the financial settlement; citizens’ rights; a transition period; protocols on Ireland; and provisions for the placing of goods on the market, among others.

ICOS has lauded in particular the protocol on Ireland which lives up to the commitments made by both sides to ensure that a hard border will not be reintroduced on the Island of Ireland – as well as the provisions ensuring the UK will remain closely aligned with the EU and within a combined customs territory.

These provisions form the core of the proposed backstop as well as the basis for the future EU-UK trading relationship.

They “would go a long way towards” minimising the disruption to trade flows and the just-in-time logistics which are central to the operation of agri-food businesses and the all-Ireland agricultural economy.

Should the deal be agreed, it paves the way for a 21-month “status quo” transition period, allowing trading relations to continue “as is” and providing businesses with much-needed time to prepare for the changing EU-UK relationship.

It also offers flexibility for these arrangements to continue until such time as a full agreement can be reached on the terms of the future EU-UK relationship, the society said.

The transition period has been lauded as “a welcome and necessary step”, which would avoid uncertainty and cliff-edge concerns which have had a major negative impact on investments as well as resulting in substantial volatility in the euro-sterling exchange.

This has been particularly evident over the last number of days, with the drop in the value of sterling in response to the publication of the draft agreement and its reception in the UK.

The drop is a renewed cause for concern with regards to business cash flow, as many exporting cooperatives are trading with the UK in pounds sterling, the group said. 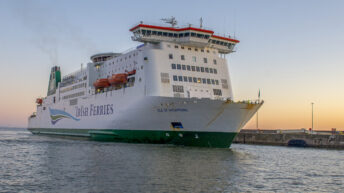 Brexit: ‘I think there is still a grave danger of a crash out’