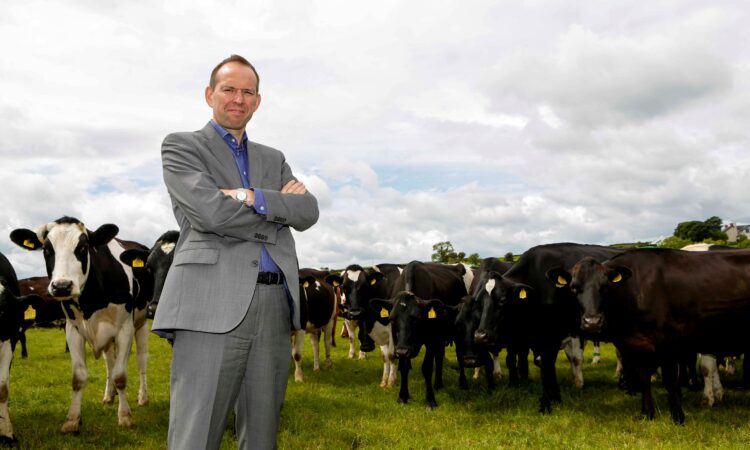 Profit before tax increased from £7.9 million to £10.1 million, with an associated EBITDA (Earnings before interest, taxes, depreciation, and amortization) of £18.1 million.

Overall group turnover grew by a record increase of 24% to £481 million.

Speaking about the results, which reflect a third year of consistent growth for the business, Dale Farm Group chief executive Nick Whelan said: “Our financial performance is measured by our ability to best support our farmer owners and as such our 2017-18 accounts are hugely positive.

Our consistent level of growth and profitability is the result of ongoing reinvestment, combined with teamwork and an ambitious strategy that has strengthened partnerships with major customers across the UK, Ireland and beyond.

“I am delighted to be able to report that Dale Farm has moved to the top of the 12-month rolling milk price league in Northern Ireland and, as of this month, is paying the leading milk price on the island of Ireland.”

Having invested £19 million into its facilities and operations over the last three years, Dale Farm this year reported a 14.4% group Return on Capital Employed (ROCE) – a figure Whelan highlights as significant.

“A vital ingredient in our success is the strength of our people, so we invest heavily into developing talent that will help us on our growth trajectory.

We also continually assess and reinvest into every step of the production process to increase our operating efficiencies and in doing so, have achieved a return on capital well above the industry average.

“This lean model allows us to focus on the sustainability not just of Dale Farm’s business, but also the businesses of our growing network of dairy farmers who provide us with world-class milk.

“Our cooperative ethos is underpinned by a long-term vision to support dairy farming across Northern Ireland and Great Britain and that will remain the driving force behind our strategy going forward. In essence, success for Dale Farm means success for every dairy farmer within our membership,” he said.

The announcement is just days after the co-op signed a major supply contract with retailer Lidl, which will see its cheddar cheese being sold in 8,000 stores across 22 countries. The deal makes Dale Farm Lidl’s largest supplier of the cheese globally.

Whelan joined Dale Farm as group chief executive in 2016 with the aim of driving the business forward significantly in conjunction with its farmer members. 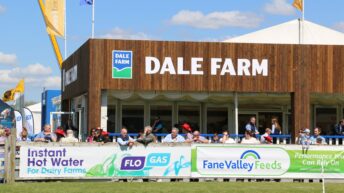