The Irish Academy of Engineering has awarded its highest honour – the Parsons Medal – to Dr. Edmond Harty, CEO of Dairymaster.

Dairymaster is one of the world’s leading dairy and agri-tech companies and exports to over 40 countries; it has direct operations in Ireland, UK and USA.

Dr. Harty has filed over 96 innovative patents relating to his business, which have led to highly innovative products and services for his business. These are applied commercially on farms around the world and have brought about great efficiencies on dairy farms, according to the academy.

His approach to innovation in his business is to use a multi-disciplinary approach and most of the output of the company is produced within the company.

Commenting on the award, Eoin O’Driscoll – former president of the Irish Academy of Engineering – said: “Dr. Edmond Harty is an outstanding choice for this year’s Parsons Medal. The award recognises engineers of exceptional ability in research or engineering technology.

“Not only is Edmond an accomplished engineer with an outstanding research background, he is also an award-winning businessman who has grown a global enterprise.

Through Edmond’s leadership – and in particular, the engineering advances and innovations he has introduced – Dairymaster is now a world leader in technology for dairy farming.

“He has made an exceptional contribution to the practice of engineering nationally and internationally through the innovative application of engineering and advanced manufacturing technology,” O’Driscoll added.

“He has also had a considerable impact internationally, making farmers’ lives easier and their businesses more profitable, efficient and sustainable, through reduced energy consumption and automation.”

O’Driscoll continued, noting: “He is also to be commended for the valuable contribution he makes to Irish society and the economy through the numerous public service roles he fulfils. These include the Irish Commission for the Economic Development of Rural Areas, the Government’s Action Plan for Jobs and Teagasc’s Education Strategic Vision Steering Committee.” 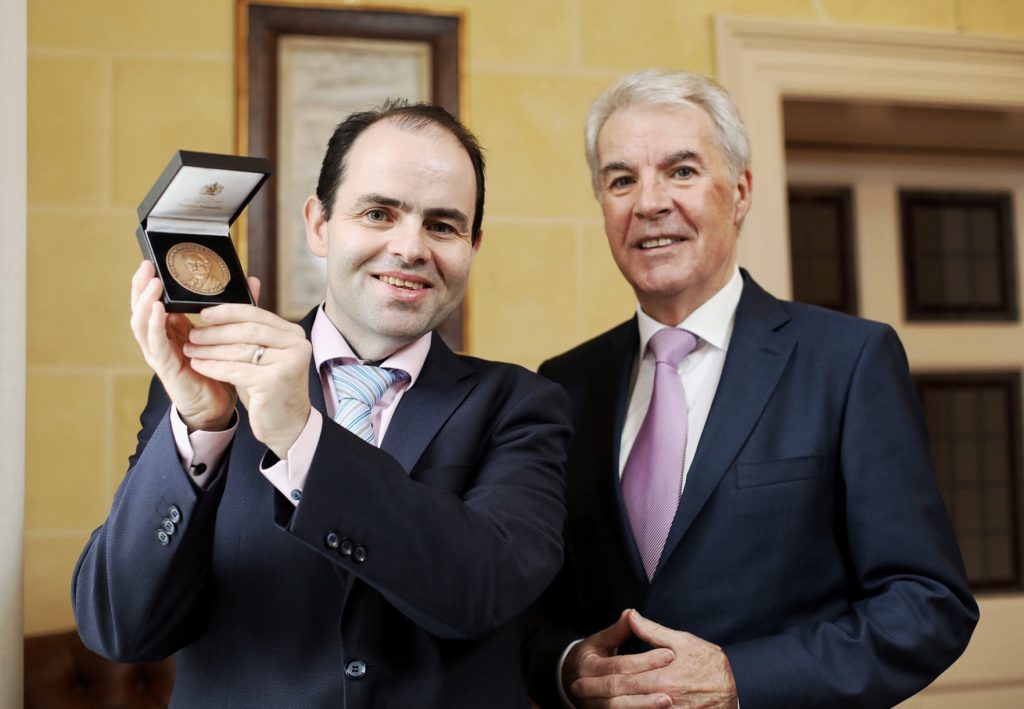 Dr. Harty also spoke, saying: “I am honoured to be the recipient of the Irish Academy of Engineering’s Parsons Medal for 2017. The academy is a body of national importance, providing a valuable, expert unbiased advice on the development of policies and programmes to government, state agencies and other important stakeholders.

“To receive this level of recognition from my peers for my academic and business achievements is both humbling and inspiring,” he said.

Dr. Harty is the recipient of a number of other awards for his innovative approach to business, including the EY Entrepreneur of the Year Award in 2012 and the Agribusiness Leader of the Year 2015.