McHale has added a second silage rake to its growing dossier of machines. The latest addition is the twin-rotor R 68-78 central-delivery rake.

It is broadly similar to the existing R 62-72, albeit with a wider working width.

The R 68-78 can be used to combine multiple swaths or to row up grass left on the flat. Each of the rotors has a diameter of 3.2m.

The existing R 62-72 (below) got its first official outing at this year’s National Ploughing Championships in Tullamore. It has a smaller working – from 6.2 to 7.2m. 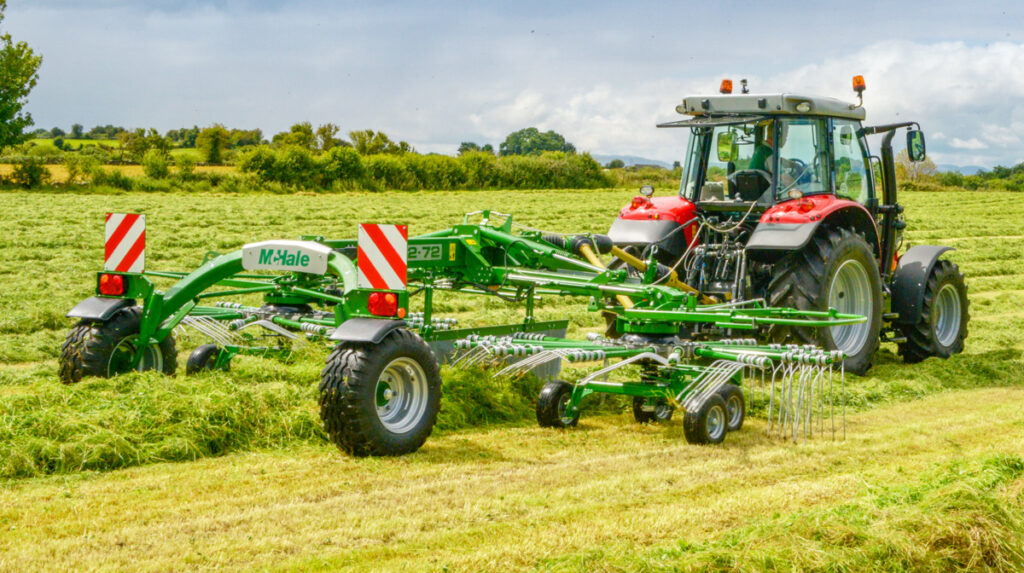 McHale has had a number of these rakes out with customers over the last two seasons. The company says that customers liked the “heavy-duty” build quality and also the “unique” McHale features.

McHale’s stand was one of the most eye-catching exhibits at the recent Agritechnica show – in Hanover Germany.

The Mayo-headquartered company’s exhibit was best described as ‘world class’; it was a testament to what Irish manufacturers can do on a global stage.

Located in ‘Hall 27’ – a clue to just how big the event was – McHale was close to most other Irish exhibitors, many of whom had come under the wing of Enterprise Ireland.

Agritechnica was an opportunity for many of these companies not just to reach out to potential end-users in mainland Europe, but also to find additional overseas dealers and distributors.

The McHale stand was a veritable hive of activity, with TV crews and delegations of farmers from as far away as China camping out there – on and off during the week-long extravaganza. 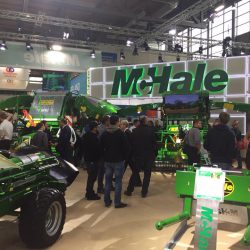 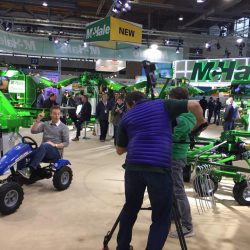 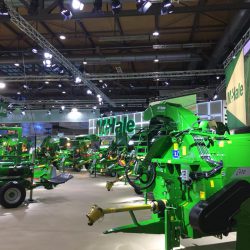 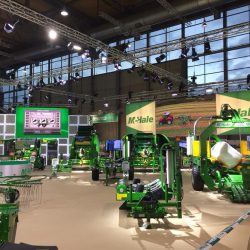 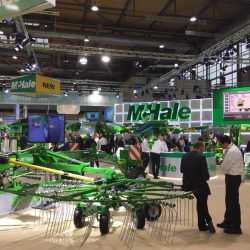 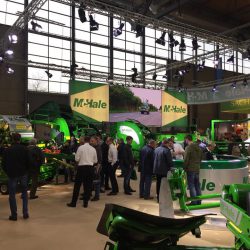 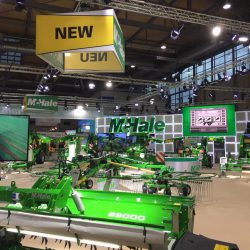 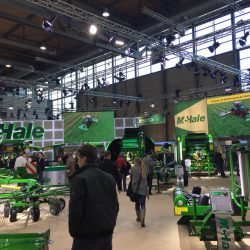 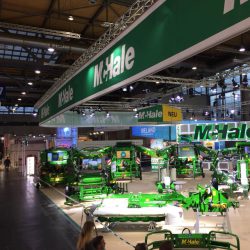 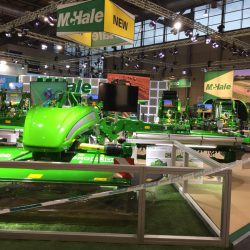 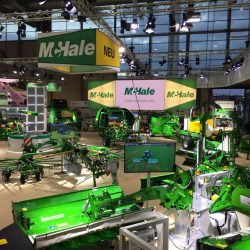 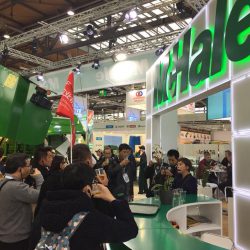