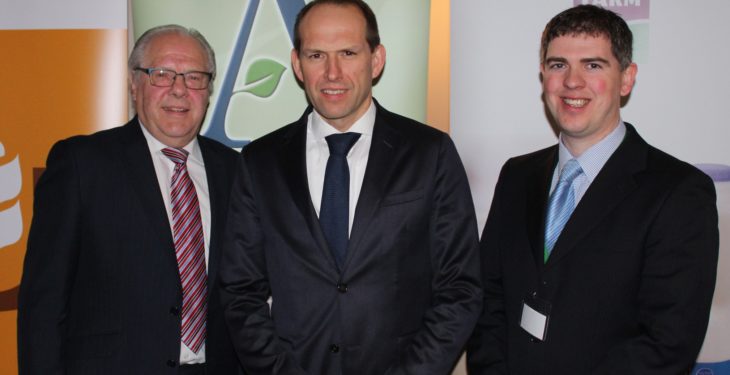 “And we are now heading for the downward phase of the current cycle,” he said.

“One of the complicating factors that will kick-in as we look to the future is superimposing the impact of the EU’s decision to abolish dairy quotas two years ago.”

He confirmed that international butter prices had fallen by 25% since September.

“Where skimmed milk powder is concerned, markets have weakened by 28% since the beginning of 2017.

“Future market predictions would indicate a stabilisation of prices up to May 2018. But there’s little doubt that the recent falls in commodity prices will be reflected in farm-gate returns over the coming months,” he added.

Dr. Johnston said that the overhang of EU milk powder intervention stocks is having a downward impact on market sentiment.

There is plenty of dairy product available at the present time. This has helped create a buyers’ market.

On the plus side, Dr. Johnston pointed to the re-emergence of China as a major buyer of dairy products in international markets.

“There is also an expectation that the EU Commission will make a proportion of its milk powder stocks availalable for animal feed production purposes,” he said.

The Dairy UK representative indicated that the EU Commission has very few market support measures now available to it, should dairy markets weaken considerably over the coming  months.

“Intervention is no longer an option in this regard,” he added.

EU support should not be counted upon as a given, should milk prices weaken over the coming months.

Commenting on the future support mechanisms that might be available to the dairy sector, Dr. Johnston cited the relevance of insurance-based schemes.

He added: “This approach has been used in the US, where the federal government has been actively involved.

“Insurance schemes give farmers the flexibility to agree the level of future cover which they feel their businesses will require.” 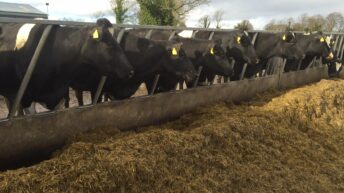 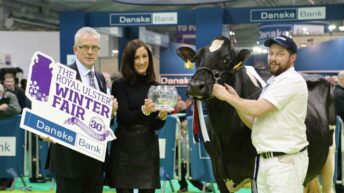