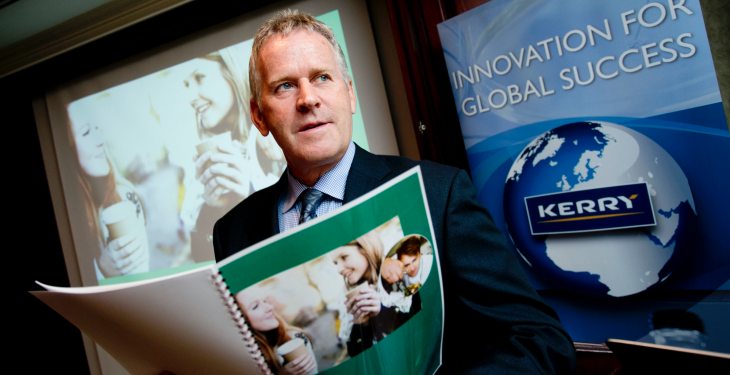 However, while he said that he is hopeful we will see improvement in the sector, it’s not on the horizon as we speak and it’s too early to call the timing of that improvement.

Speaking at the Group’s interim results in Dublin, McCarthy said that the current downward spiral is not just contained to dairy markets.

We are in a downward spiral with commodity costs in general, he said, and it’s not just dairy markets, but across all commodities.

“Dairying has been a very positive story and we’ve had two record years in terms of prices and production, and the downturn since this time last year has been caused by a number of issues.”

Earlier this year, he said, there was hope of an improvement in the situation, but it was based on assumptions of supplies easing back in Oceania, but that was short lived and the supply/demand balance has deteriorated in the meantime.

The trade embargo with Russia, he said, has not helped dairy markets and US production levels have continued to increase.

Closer to home, he said the immediate prospects are not favourable and this is unsustainable from a producer and milk supplier point of view.

“I have no doubt that the medium to long term demand situation will continue to benefit the industry. Dairy is a critical component of nutrition and demand for diary products will continue to grow with urbanistiaon and the growing influence of dairy in a balanced nutritional diet, but we have ot wait for that improvement.

“It’s not on the horizon as we speak but hopeful we will see improvement – but it’s too early to call the timing of that improvement.”