Dairy focus: The first day at grass in Co. Westmeath 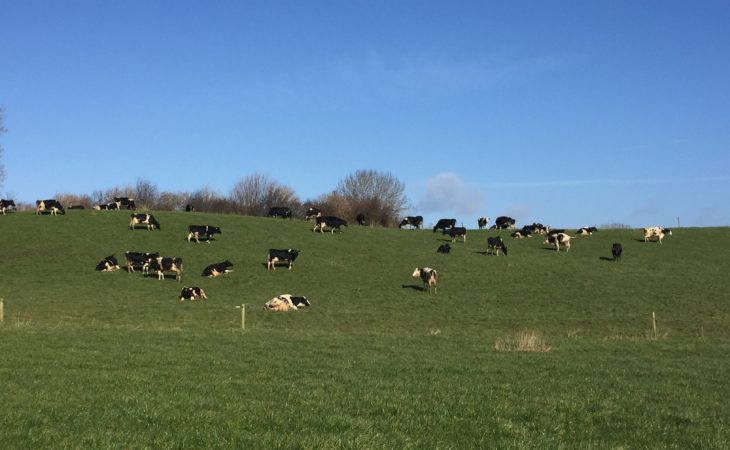 Milking a herd of 112 British Friesian cows, Michael endeavors to get as much grass as possible into the cows’ diets. Last year, 430kg of milk solids were produced on the back of a concentrate input of 800kg/cow.

Yesterday morning, the Westmeath-based farmer turned 50 calved cows out to grass. These cows are currently being offered 13kg/day (dry matter) – 7kg of which is grazed grass.

“The milking platform is heavily stocked at over four cows per hectare and grass plays and important role in the cows’ diets,” Michael explained.

To begin the grazing season, Michael is targeting the lower covers on the farm. Yesterday, the cows grazed a cover of 700kg/ha. Towards the middle of next week, Michael hopes to commence grazing heavier paddocks (1,100-1,200kg/ha).

Despite the cows being quite content at grass during the visit, Michael stressed that it has been a challenging spring thus far.

“Today was the first day out at grass. The cows were grazing on February 4 two years ago and on February 10 last spring.

The cows are generally out to grass day and night from March 10; but it’s going to be a good bit later this year because grass is not overly plentiful due to the weather.

Along with being a challenging spring, the grazing season also finished a little bit earlier last year.

“The cows were out at grass until the last couple of days in November. I’d often get out in the first few days of December; but the weather went against us last year and the farm was fierce wet.

“When the cows start to plough, there’s no point having them out at grass. They’re only going to damage the sward and that will cost you down the road.” 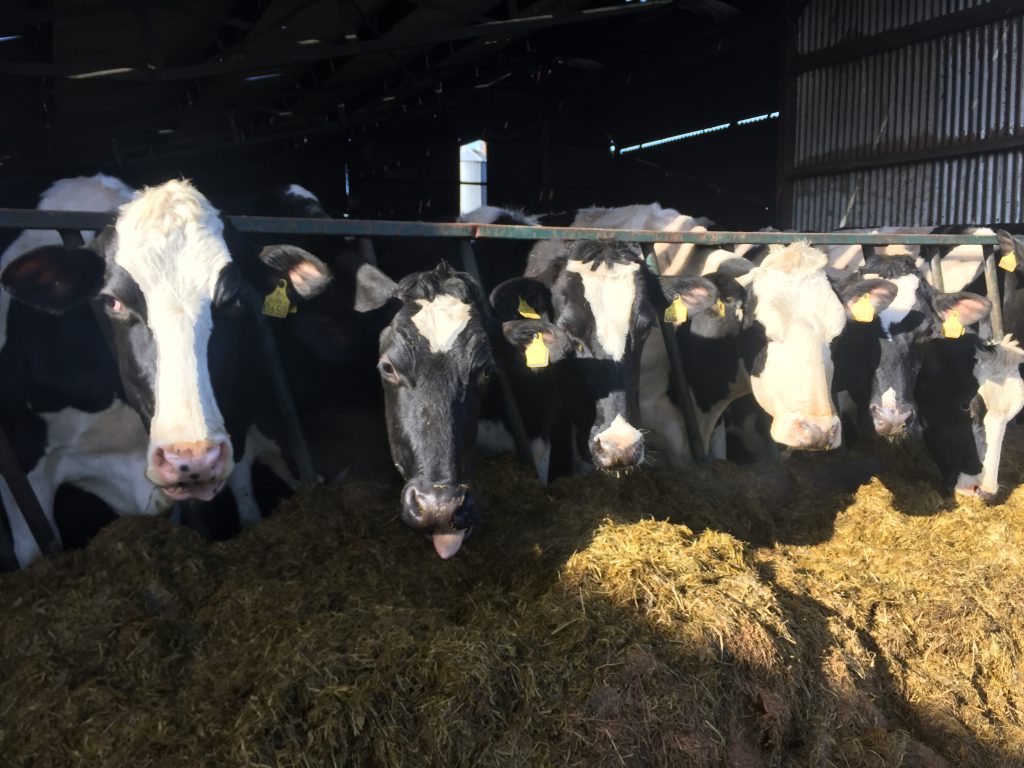 Given the poor weather conditions, Michael’s urea applications were also delayed this spring. 75% of a bag of urea was spread on the farm last week; he aims to have 70 units (per acre) of nitrogen spread across the entire milking platform by April 1.

Although this spring’s application of urea was delayed, it’s still timely. Teagasc research has shown that there’s a 10kg/ha grass growth response for every 1kg/ha of nitrogen applied in early spring. 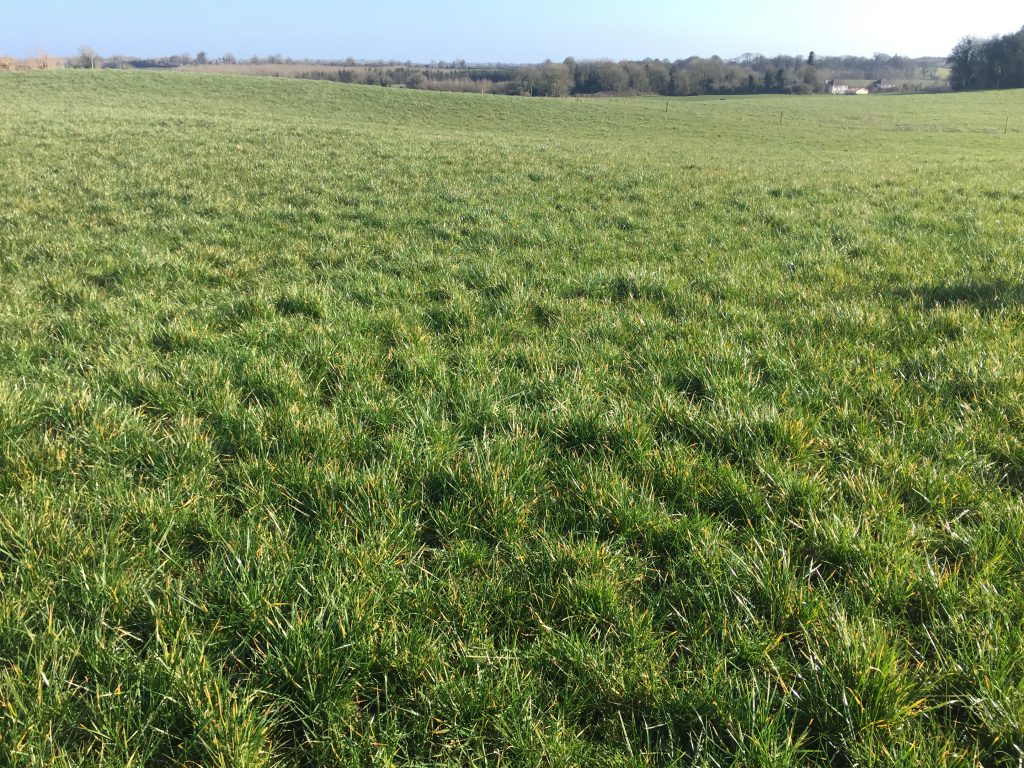 At an application rate of 50% of a bag of urea per acre (28kg/ha), there’s potential to grow an additional 7.8t of grass across Michael’s milking platform. When based at a urea cost of €360/t and a concentrate cost of €300/t, that has the potential to generate a significant cost saving to the farm’s bottom line.

Even though some of the paddocks on Michael’s farm are soft, he’s lucky that the underlying bed rock has a a gravelly nature and cows can be turned out to grass early in the year.

Despite this, grazing infrastructure is still a necessary requirement when it comes to getting cows out to grass. The farm is serviced by a network of hardcore roadways and each paddock has two exit/entrance gaps. This means that cows never exit a paddock from the gap in which they entered.

Michael also follows a spring rotation planner and he aims to have 33% of the farm grazed by March 1. Bearing in mind that grazing has been delayed by 10 days – when compared to last year – he will strive to get cows out to grass for a number of night grazings in the near future.

Furthermore, he plans to have 66% of the total milking platform grazed by mid-March; the remainder of the block will be grazed by April 1. When there is insufficient grass to meet this target, the cows will be offered silage or concentrates to fill that nutrition gap. 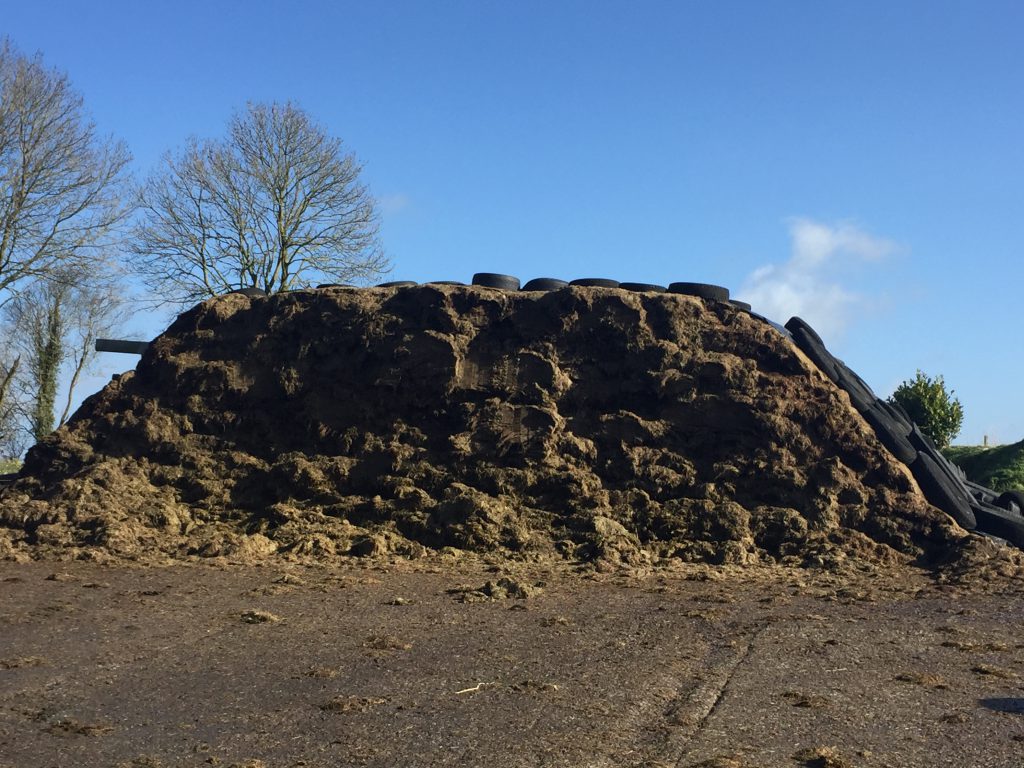 Following the planner – although challenging given this spring’s conditions – will be beneficial to Michael for the remainder of the grazing season. Having the entire block grazed by April 1 means that Michael’s herd will have access to top-quality grass for the second rotation – a must if aiming to produce high-quality milk from grass.

Yesterday, Michael opened the gates of his farm as part of a Teagasc / Lakeland Dairies spring grass walk. Programme coordinators Adrian McKeague and Michael Malone touched on a number important practices to make the best use of spring grass on dairy farms.

The Teagasc / Lakeland Dairies Joint Programme will host a series of farm walks over the coming weeks to held farmers make the best use of spring grass. 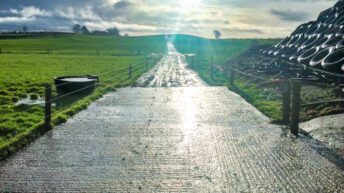