The number of liquid milk producers in Ireland has dropped significantly over recent years; falling from 3,500 to just 1,800 over a 15-year period.

Downward pressure on prices – due to ever-increasing demand for own-label milk – coupled with Northern Irish milk imports and the the higher costs associated with winter milk production have seen many farmers focus solely on spring production.

Extensive work has been carried out by the Irish Farmers’ Association (IFA), Teagasc and the FDC Group to try and establish a price that would help stem the tide away from liquid milk production.

The findings indicated that an annualised milk price of 40c/L was required to allow winter milk producers to sustain their businesses and to pay a reasonable wage.

AgriLand recently visited Larry Hannon on his farm in Ballytore, Co. Kildare, to find out why he’s not one of the farmers who have switched allegiances over recent years.

Larry is well known in dairy farming circles; he’s the former chairman of the Fresh Milk Producers group – which represents over 1,000 Glanbia suppliers – and is the current vice chairman of the IFA National Liquid Milk Committee. 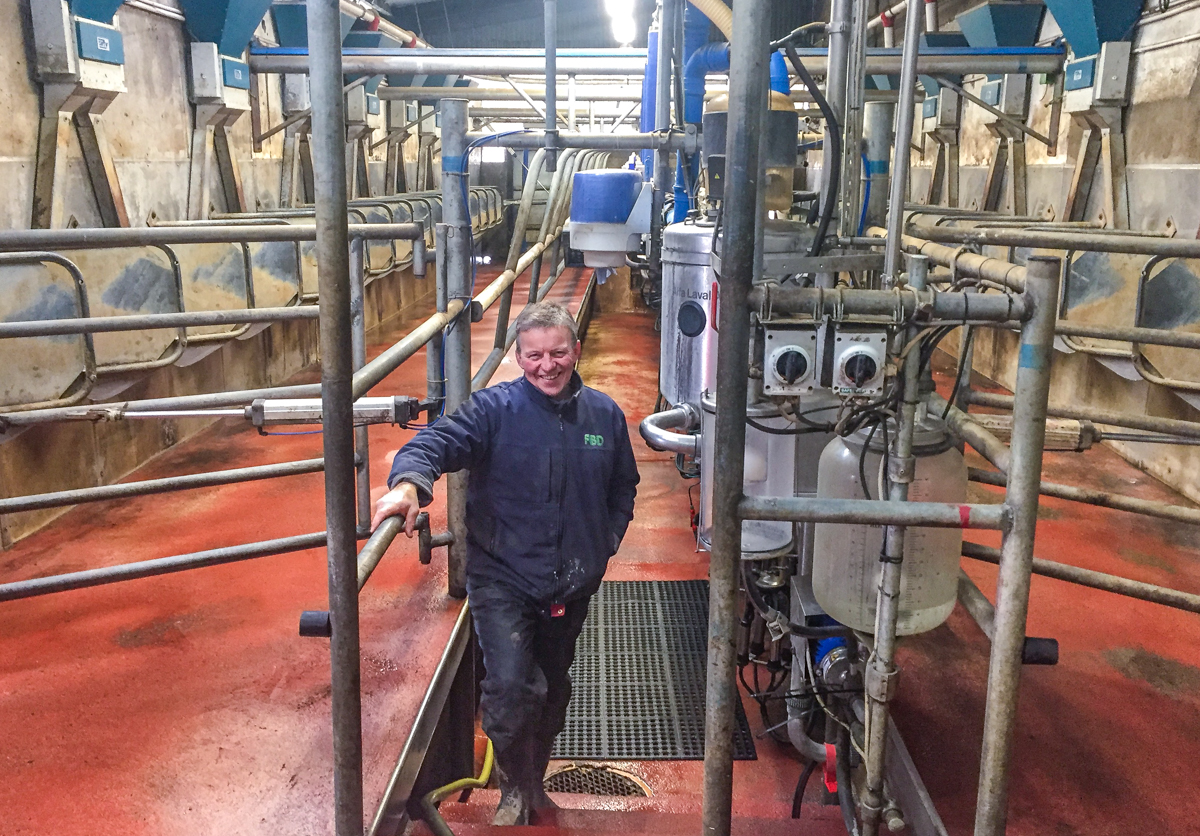 Farming about 90ha in total, 208 cows will calve on Larry’s farm this year and about 50 cows (25% of the herd) are due between October and November.

From his “good and dry” milking platform, the Kildare-based farmer delivered 520kg/cow of milk solids to the creamery last year. That level of production was achieved from a concentrate input of 1,200kg/cow.

Naturally, of course, the liquid milk portion of the herd has a higher concentrate requirement; but Larry is a firm believer in “producing as much milk as possible from grass“. 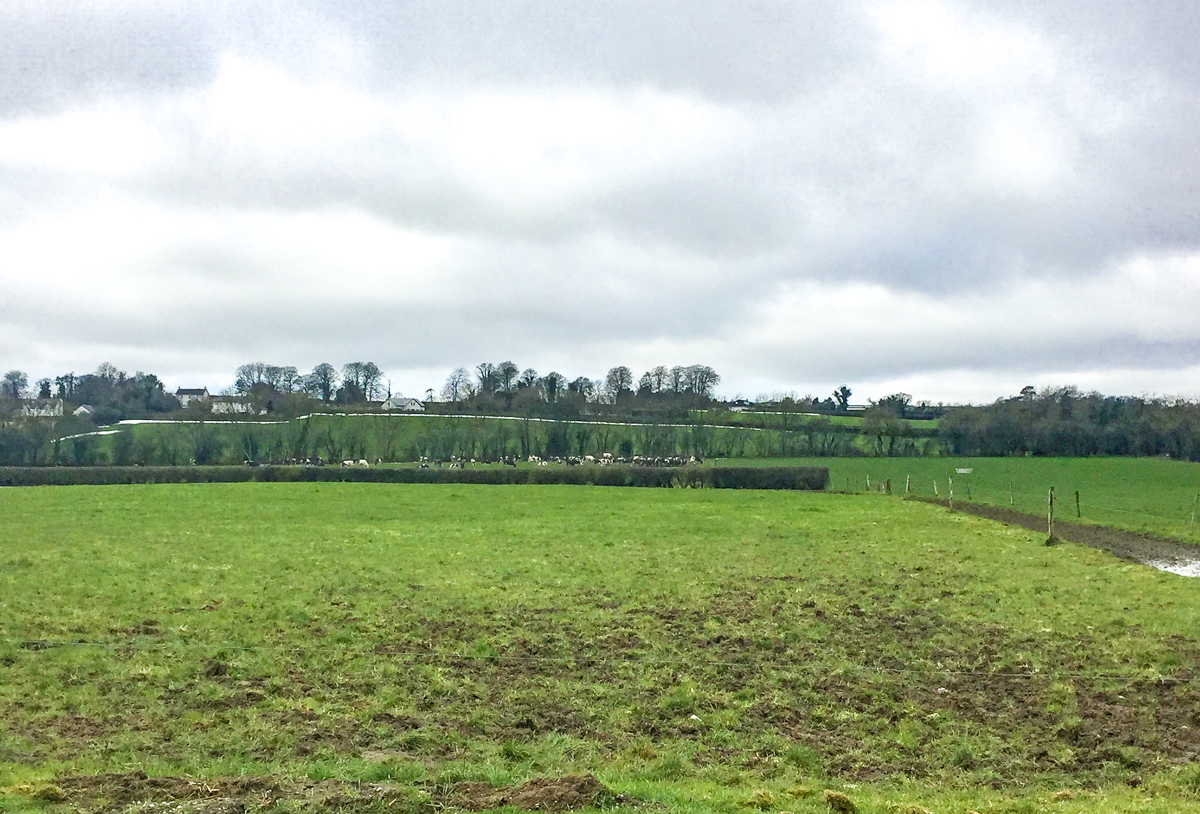 “My opening average farm cover (AFC) was 825kg and I’d say that’s gone down now. It’s been a difficult spring, but cows are back out to grass now using on-off grazing.”

However, like many dairy farmers throughout the country, Larry struggled to get cows out to grass as Storm Emma left snow lying on paddocks. To a lessor extent, the ‘son of the beast’ also delayed grazing.

When it came to managing the liquid herd, Larry explained: “I bought beet because I was scarce on feed. Over the winter, the liquid herd’s diet is usually wholecrop silage, precision-chopped grass silage and 2kg/day of meal. I’d also top up in the parlour on yield.”

The cows and breeding

Touching on the herd, Larry said: “It’s a Holstein Friesian herd with a serious focus on solids and fertility.

“The cows delivered 520kg of solids last year and I fed 1,200kg of meal. I’m probably a bit generous with meal to be honest.

As it stands, the cows are producing volume (6,700L) and solids. I haven’t considered the Jersey route at all and I’ve stuck with Holstein Friesian.

“I use a suite of genomic bulls. I’d use five or six of those bulls and bull selection is based on fertility, solids and a slight plus for milk.” 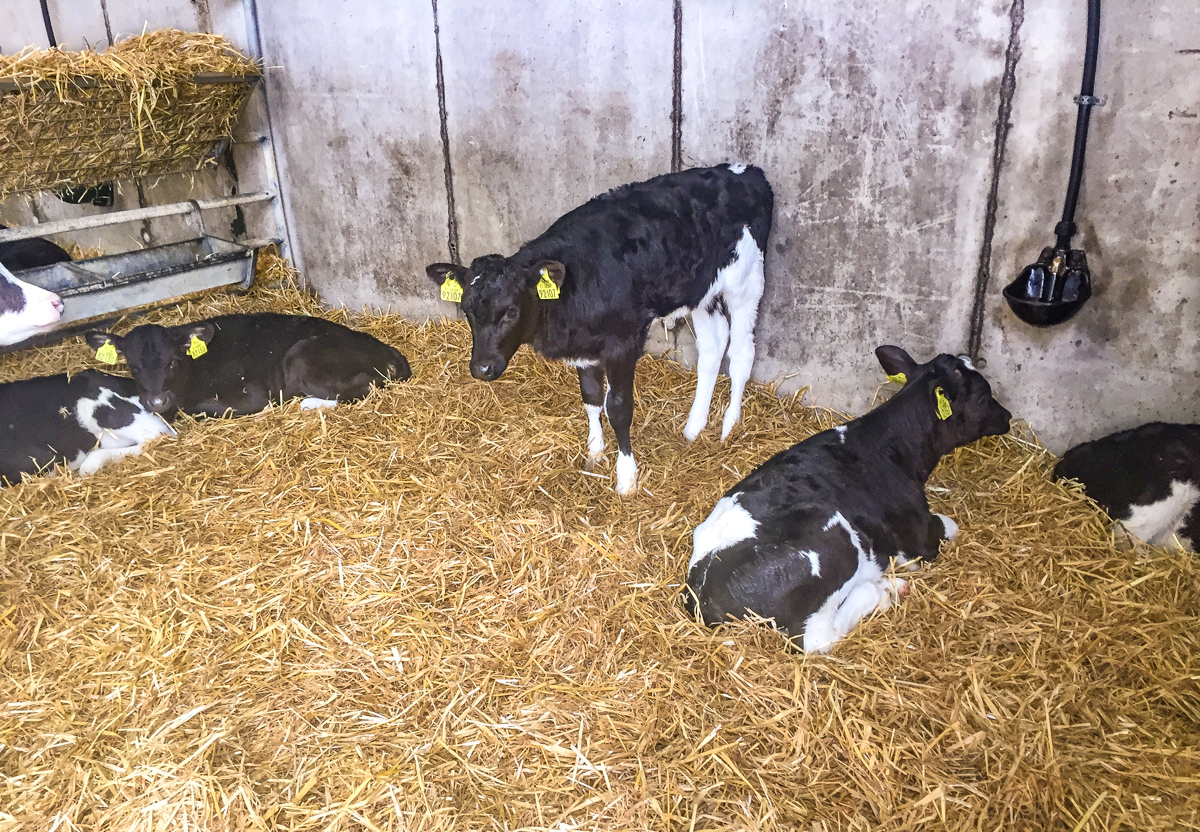 “I basically breed a spring herd and there’s an autumn component to that. I don’t do any specialist winter milk breeding. I like the autumn component calving into October because you get to utilise the after grass from second-cut silage. I don’t like putting a dry cow on after grass to produce nothing,” he said.

Although the Kildare-based farmer operates a split-calving system, he’s still a huge fan of compact calving.

“I calved 120 cows in February this year, but that’s the game we are in. It’s a heavy few weeks when calving is going on; we calved 80% of the spring-calving herd in 28 days.

The autumn group were due to start calving on October 22 and they were finished on November 25. 53 cows calved in that space of time.

“I believe compact autumn calving is critical to make the business profitable. If it’s not compact, it’s not making the best use of grass.

“There’s a strong focus on matching calving to the contract on offer. There’s no point in producing milk over contract at base price.

“The farm is about being simple, breeding fertile cows, compact calving and producing as much solids off grass as I can.”

For Larry, hygiene around calving is critical. The calving pen is cleaned and disinfected daily to help reduce the risk of bugs flourishing. A special focus is also placed on colostrum management and ensuring the calves are adequately fed. 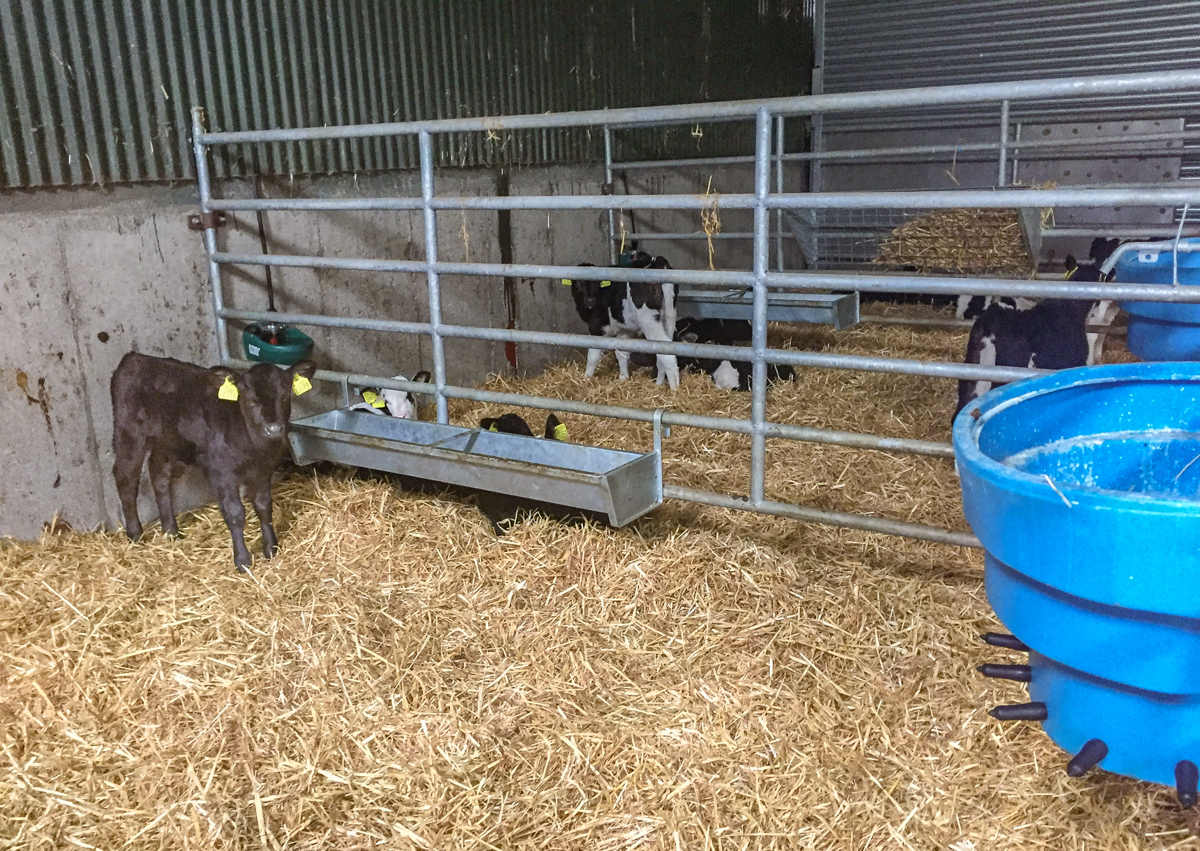 “We’ve been very lucky and the calves have been very healthy; but we’ve been meticulous when it comes to getting colostrum into calves, calving them in a clean environment and moving them as quickly as possible out of the calving shed.”

The Kildare native has also practiced nighttime feeding of silage to great success this year.

“Silage feeding at night has been a big plus, as no cow calved during the night.”

As mentioned above, the number of farmers migrating away from liquid milk has increased over recent years. However, Larry said: “I’m committed to it and – financially – I hope there’s a future in it.

“An annualised price of 40c/L is needed. The FDC Group and Teagasc completed the work and there’s been a lot of sustained evidence to support that figure.

“It’s important that we get remunerated properly for what we put in. We are fresh milk producers and that’s what we are.

“I believe that someone producing liquid milk must be committed to the business in terms of calving the cow to produce the quality that’s needed for the consumer. That’s critical.

“If we don’t keep the very high standards that we have, it will get muddied in what it is and it will lose the focus that it needs to have to produce the quality product. 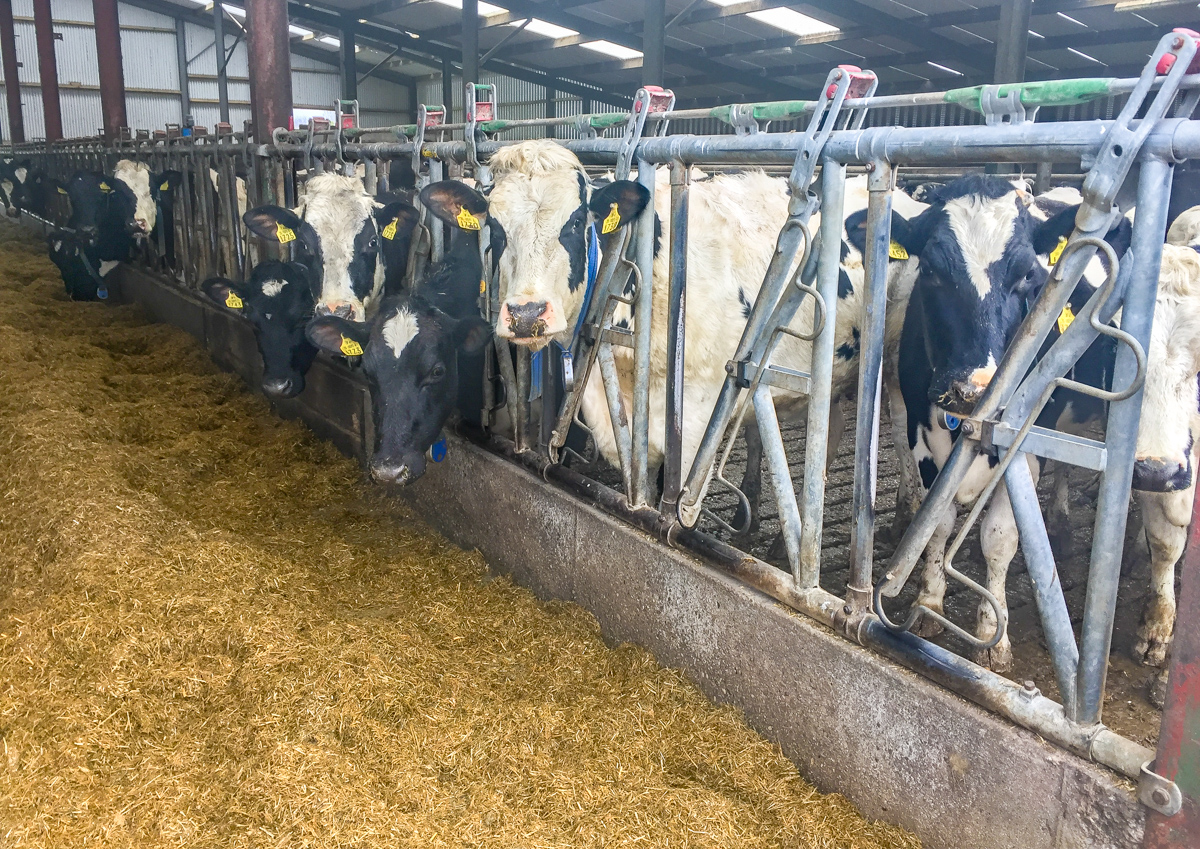 “It’s about supporting the farmer that’s committed to calving the cow. That’s what the premium is for and I believe that’s what is should be for.

Continuing, he said: “Negotiations are underway at the moment and we will have to see what type of future is given to us.

“The Winter Milk Scheme had given a five-year contract, so it’s important that we see some clarity and longevity for the future of winter milk production,” he concluded.