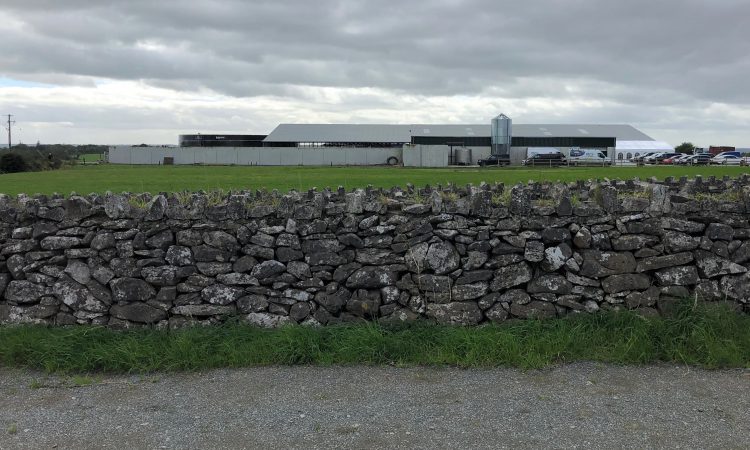 Less than three years ago, eight dairy farmers – from different parts of Ireland – came together to take on a leased block of land and convert it into a fully functioning dairy farm.

Each farmer already had their own dairy farm, but had the ambition to grow their business further. However, some of the members were landlocked and unfortunately expansion wasn’t an option for them.

After finding out a big block of land was coming up for lease in Co. Roscommon the then seven farmers – which were all members of the same discussion group – decided that they would go and take a look at it.

Speaking at the open day, which was recently held on the farm, Timmy Quinn, one of the shareholders and dairy farming in Co. Mayo, said: “We walked the farm – which was a beef farm at the time – and I remember one of the farmers digging trial holes.

We soon saw the potential that was in the ground for it to be a successful dairy farm.

“A meeting was held and whoever showed up was in. First we put figures on paper to see what the return would be and the figures added up; so we went ahead with it.”

After going through the motions and coming out successful, the lease was signed on May 10, planning was lodged on May 31 and it was then granted on October 31, 2017.

The first cows were milked through the new 50-bail Dairymaster rotary parlour last year on February 13, 2018.

“Some people wonder how do eight people pull together and take on a farm; but we are all in the same discussion group and we all had the same ambition to expand numbers,” Timmy added.

The farm, which is located outside Tulsk, in Co. Roscommon, consists of 166ha of which 120ha is the milking platform.

To date, 347kg of MS/cow have been delivered and they expect, with normal production from now until the end of the year, this will go to 440kg of MS/cow. The farm is running at about 4c/L above the Aurivo average.

Last year, 900kg of meal/cow was fed with the target being to reduce this down to 500kg/cow. 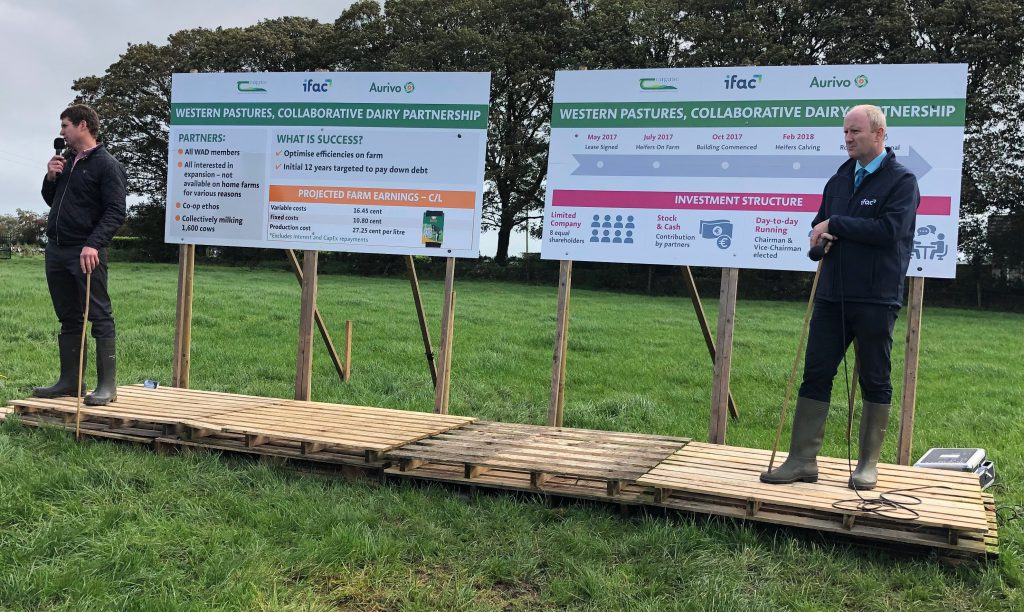 Regarding grass production, the farm has grown 13.5t/ha to date with the expectation that this will go to 15.5t/ha by the end of the year.

The farm is operated as a limited company, known as Western Pastures, with eight shareholders.

“We have a board and we run it as a co-op ethos. We have a chairman Alan, a vice-chairman Sean and they have daily interactions with the workers on the farm. Any major decisions would be brought back to the board,” said Timmy.

The cow type on the farm is a mixture of high-EBI black and whites and crossbreds. The average EBI for the herd is €153.

“When we calculated our figures, we decided we always wanted to be 5c/L to 6c/L above the co-op average price; so we decided to go for high-EBI crossbred cows.

It was like an insurance policy to us; so, if milk price was low at least we would be 5c/L to 6c/L over the co-op average.

Starting off, each shareholder contributed either stock or cash to the business. The balance of the funding came from AIB.

The production costs are high at 27.25c/L; but this is put down to the huge requirement for labour on the farm along with the land lease.

When the shareholders were designing the farm they wanted to design it in such a way that it would be as labour efficient as possible – because they knew that only hired labour would be working on the farm.

It was also developed to accommodate 500 cows with the vision to reach this number in the future.

Sean Sweeney, one of the shareholders and also dairy farming in Co. Mayo, was there on the day to discuss the investments on the farm to date.

He said: “We knew that only paid labour would be working here, so for that reason we knew that we needed good facilities which were easy to access, easy to feed stock quickly and that you could see stock in.

For the same reason, we decided to go with the rotary because we knew the cows would be milked quickly and efficiently.

Before the building commenced, 3.2km of roadways, the water system and the fencing were all installed on the farm. The reseeding of the farm was due to be finished at the end of 2017, but some of the land had to be left until spring 2018 due to very wet conditions.

The construction of the farm wasn’t without its hiccups. “In the original planning we were going to go with a slurry lagoon; however, we discovered that the farm was sitting on the catchment of a water scheme, so it wasn’t really an option.

“In the end we had to change around all the buildings and go with the slightly dearer option of an overground tank.

“The cubicle shed didn’t start until January 8 and it wasn’t finished until the beginning of March 2018. Consequently, the heifers had to be housed on slates – that were already on the farm – when the weather turned bad,” said Sean.

Nearly all the stock was invested by the shareholders of the farm – with the exception of 50 cows. These were purchased from other sources.

Touching on the criteria they wanted for the stock, Sean said: “We wanted cows that weren’t too big, had the ability to milk off grass and had high solids. 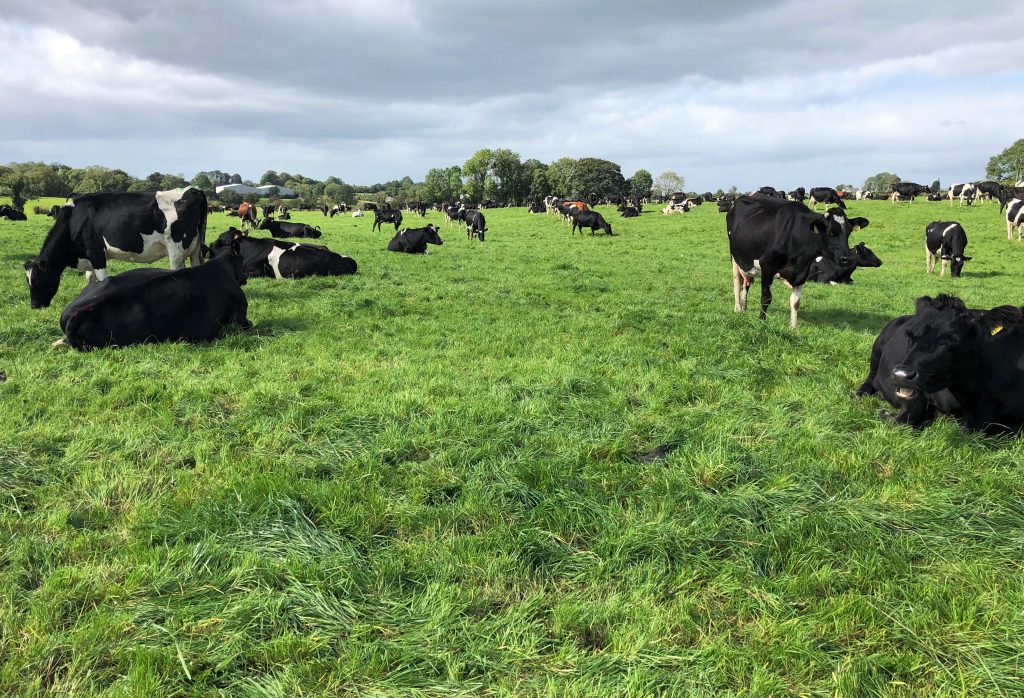 “It is absolutely essential for a farm like this to have a high milk solid output.”

Last year, the herd achieved an average protein percentage of 3.8% and they hope to surpass that figure this year.

Labour on the farm

All the work on the farm is completed by hired labour. The current ‘team’ on the farm consists of the farm manager, one employee three days/week, one weekend milker – who is now working full time – and two students – one in the spring and one in the summer.

The shareholders of the farm live an average drive of one and a half hours away; so they are completely dependent on the team they have working. 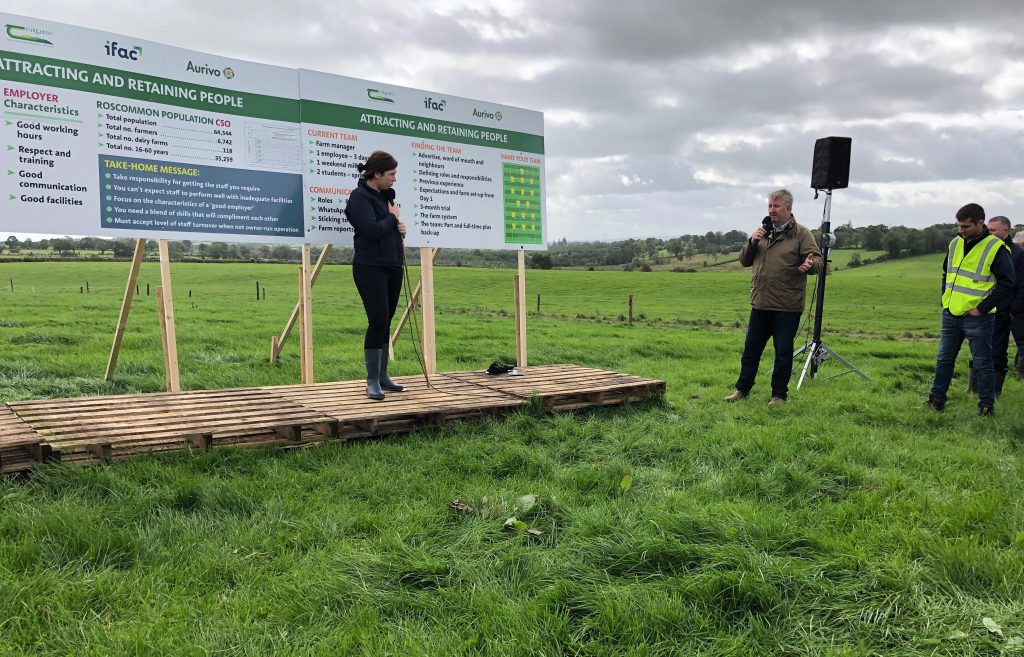 Alan McCormick, group chairman and dairy farming in Co. Mayo, explained how they put the team together for the farm. He said: “When the time came, one of the decisions we made, and it was probably a very good decision for us at the time, was to hire a professional human resource (HR) person called Charlie.

When all of us were going to be working away from the farm, it was vital that the team we put together was going to be capable of running the farm.

“In year one we took on three people; a farm manager, an assistant manager and a third person to cover all the extra work that happened in year one that wouldn’t normally happen on a farm.”

The current farm manager, Martin, who first started as a night calver, was found through word-of-mouth and Alan admitted that if he had sent in a application form at the start he wouldn’t have even been looked at; but he is now running the farm.

Touching on what they look for now in a team, Alan said: “We try to put together a team that has the various skills needed to run a farm. So, if one person doesn’t have the skills in a certain area another person on the team will.”

Although they got there in the end the time they had to complete the project was short, which they admit left them under pressure.

“If I was to go back, I would have given ourselves more time. If anyone is going to take on a project like this they need to give themselves sufficient time and plan early,” said Sean Sweeney – one of the shareholders.

Offering some further advice to farmers, he said: “On the research, go and get the best advice that you can through talking to the most experienced people in the country.

“Visit farms and see what is working and what is not working. You can’t do enough research.” 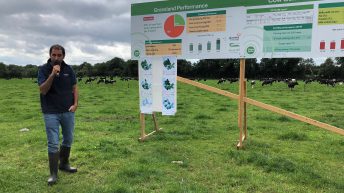