‘Dairy farmers must move their focus beyond that of milk price’ 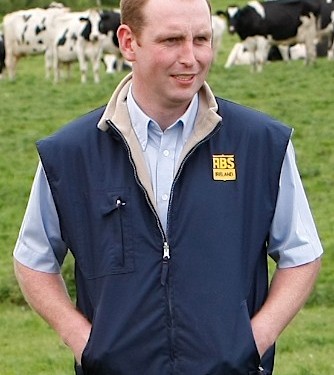 Milk production levels on many farms may be at an all time high and the market is returning better prices, yet many farmers are running fast only to stay still.

That was a view expressed in the clearest possible terms by James Woods, from the animal breeding company Genus ABS at yesterday’s Royal Ulster Winter Fair in Belfast.

“There is too much emphasis on milk price and not enough on production costs.” he added.

According to the Genus representative, there is a lot of confusion in farmers’ minds regarding pregnancy rate and while many can quote milk price and herd yields they do not always know what their actual pregnancy rate is.

Woods went on to explain that pregnancy rate is a figure that has a direct effect on the profitability of the business. In reality, a high pregnancy rate means that the farm will be milking a higher proportion of fresh cows, which in turn increases yields and feed efficiency.

For 200 cows moving from a 14 per cent pregnancy rate (which is the figure for the bottom 25  per cent of the RMS cows or the top 25 per cent of the NMR cows) to a pregnancy rate of 24 per cent ( which is the RMS top 25 per cent) would be worth £50,000 sterling in a 200-cow herd. Allowing for an average cost of the system of £8k sterling this still means an increase in income £42k sterling, Woods outlined.

While he used figures from Genus ABS’ Reproductive Management System to illustrate his point, he did emphasise that this system does involve an expert technician checking the cows daily and inseminating at the optimum time, a service which the ever-increasing larger herds are using because of time and labour constraints.

“However pregnancy rate can be increased with other systems such as ABS Breeder Tags and AI Plus. The important aspects are heat detection and data collection and analysis. Farmers are often amazed that an experienced technician can detect more heats in a once a day visit then they, who are working with the herd, can detect,” he concluded.