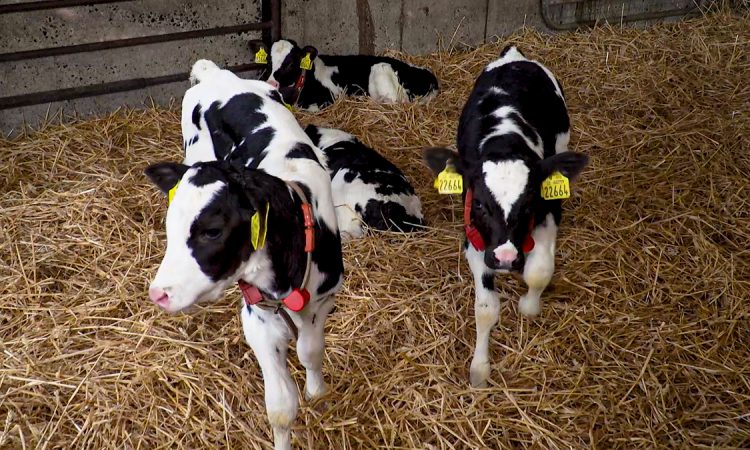 Stephen Flanagan is a beef and sheep adviser with the College of Agriculture, Food and Rural Enterprise (CAFRE) in Northern Ireland.

He believes that dairy beef is an attractive option for suckler producers, who want to expand the scope of their enterprises.

“The dairy calf-to-beef sector in Northern Ireland is an important and growing industry and many members of CAFRE’s suckler cow business development groups have started to rear dairy-bred calves to sell either as strong stores, finish as bull beef at 15-16 months-of-age or steer beef at 22-24 months.

“Suckler farmers will be particularly attracted to coloured calves, as opposed to Holstein bulls.

“It is more than feasible to finish Angus and Hereford crosses within 24 months. It may take slightly longer to get the required degree of finish on Limousin and Charolais cattle,” he added.

But getting these animals killed before they are 30 months-of-age is a more than feasible target.

Stephen Flanagan also holds the view that dairy farmers are now ensuring that all the calves born on their farms receive adequate colostrum.

“Strengthening animal welfare regulations and the fact that calves cannot be sold before they are two weeks old are acting to ensure this is the case,” Flanagan noted.

Key management criteria identified by Flanagan as being critical to the success of a dairy calf-to-beef system include the batching of calves in small groups (five to seven) while on milk.

Twice-daily milk feeds can be reduced to once-a-day when the calves are eating 1kg of meals. Weaning can take place when the animals are consuming 2kg of concentrate per day.

“Young, lighter stock are able to graze areas that a herd of suckler cows could not utilise effectively,” Flanagan confirmed.

“Finishing dairy-bred calves at two years-of-age and selling them between May and September will help cash-flow on traditional suckler farms during those periods of the year when limited numbers of stock would normally be sold,” he concluded. 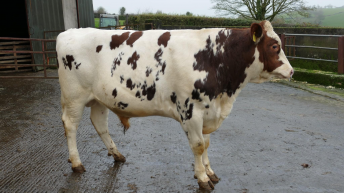 High demand for cows in milk at Dungannon dairy sale