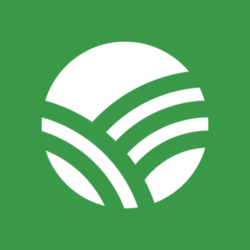 In the latest Crops Watch installment in association with Terrachem, John Mulhare and Dr. Robert Beattie – both of Terrachem, discuss mid-late season growth regulation, correct use of biostimulants, and also the role of specific products in helping to reduce ramularia development in barley.

Dr. Robert Beattie highlighted that most winter barley crops across the country in general were at GS32-33 with some crops at GS37. As mentioned by Robert in the video (below) when barley is at GS37 it has only reached half its final height. This is why Terpal is target at GS37 for maximum shortening effect.

When deciding the rate of Terpal, it is important to assess the risk of lodging, considering soil fertility, level of nitrogen applied to date and variety.

Robert stated the rate be between 1-1.5L/ha depending on lodging and straw breakdown risk.

In the video (above), the variety in question is a conventional six-row with the field being highly fertile due to a history of high rates of farm yard manure being applied, therefore the rate applied will be closer to 1.5L/ha.

John Mulhare highlighted that Terrachem is now putting increased focus on how to sequence and time biostimulants correctly, through a better understanding of the specific plant functions individual biostimulant products can influence.

The crop in question received Incite at 0.75L/ha in the autumn to promote rooting, which of course is the foundation to all crop development.

In the spring the crop then received two individual applications of Uplift ATG at 2.0L/ha. This has been a hugely successful product for Terrachem, and the primary function it performs within plants, is to increase the efficiency at which nitrogen is used internally for growth.

In addition to the numerous trials which have shown increased yields through the use of Uplift ATG, more recent farm trials have demonstrated a potential for reduced rates of applied N where Uplift ATG is used.

In one such farm trial, where a tractor-mounted YARA N sensor was used to determine the final required rate of N on a crop, the N sensor recommended 30kg N/ha less where Uplift ATG had been applied, as opposed to where none had been used.

While Terrachem is not suggesting just yet that growers should reduce their applied N rates where Uplift ATG is used, the trial data is certainly catching people’s attention given the rising costs of chemical N fertiliser seen this year.

The final biostimulant products that will be applied to this crop are two of Alltech’s Foliar Feed products – specifically Liquiplex Mg and Liquiplex K.

Robert highlighted that stress in plants can be a trigger for ramularia development, which we know to be a significant robber of yield, and an area of significant concern with the loss of chlorothalonil for its control.

With the Liquiplex Foliar Feeds from Alltech, each containing an extremely high quality source of 18 of the essential amino acids required for plant growth, the products are satisfying two nutritional demands at once – mineral and amino acid.

As such, their ability to reduce plant stress may be hugely important in the fight against ramularia development in barley.

NI cereal crops ahead of normal for time of year

Availability of new fungicides to control disease in winter wheat

Mineral Series: How to get the most from minerals

Mineral series: What exactly is rumen bloat in dairy cows?

NI cereal crops ahead of normal for time of year

Availability of new fungicides to control disease in winter wheat