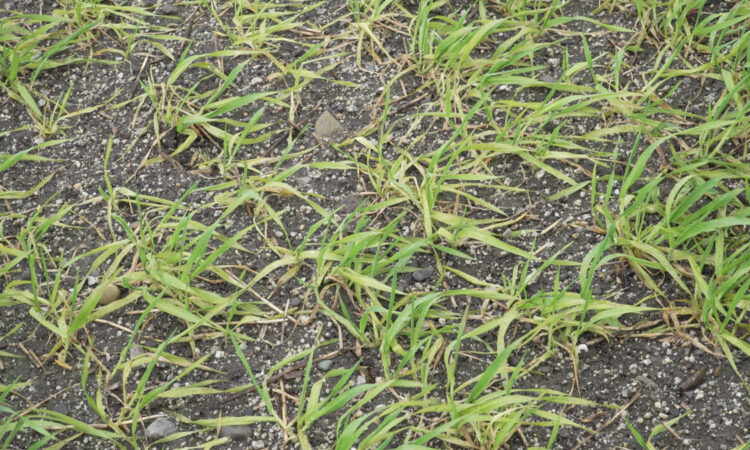 TerraChem agronomist John Mulhare was feeling the effects of the weather on the day of filming this installment of CROPS WATCH, but he was more concerned about crop stress, having visited some fields with under-performing and weather beaten crops that morning.

He described how a lack of both major and minor elements can seriously impact on yield.

While most people will automatically associate yield loss with an absence of major nutrients, John showed how a minor nutrient deficiency can seriously impact on crops performance.

For example, the majority of growers will associate a lack of nitrogen (N) with reduced yield. The crop will have less bulk, less active tillers and the lower leaves of the plant will die as the nutrient reserves from these leaves will feed the rest of the plant.

However, trace elements can have a serious effect on yield.

Three winter barley samples which John took from within 10ft of each other in the same field were dramatically different – manganese (Mn) deficiency was the cause of the problem.

While much of the field showed well-developed plants, a number of plants had not developed fully, while patches of the crop were struggling to stay alive and tillers had not formed. 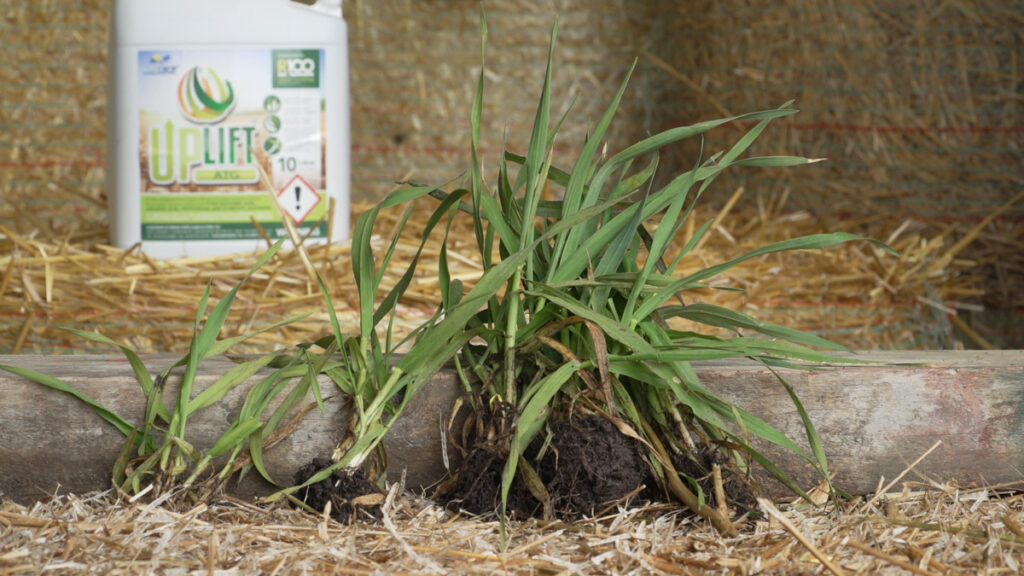 The crop should have received Mn in the autumn and was struggling due to Mn deficiency. It has since received 1.5 full applications of Mn.

Uplift is a foliar nutrient spray which contains N, phosphorus (P) and potassium (K), as well as magnesium (Mg), boron (B), molybdenum (Mo), manganese (Mn), copper (Cu) and zinc (Zn). It can help to combat plant stress by providing both major and minor nutrients to the plant.

The key to Uplift’s performance is centred around the other “ingredients” within the can, which include: pyroglutamic acid; aspartic acid; tryptophan; and R100.

In essence, the nutrients listed above work to compliment these four key ingredients.

What do these “ingredients” do?

Aspartic acid is involved in the production of adenosine triphosphate (ATP), which provides the plant with energy.

Tryptophan is a precursor to auxins, which contribute to root growth and stimulate the development of the xylem in the plant (tubes that transport water and nutrients from the roots to the stem).

R100, another ingredient in Uplift, stimulates cytokinins, which helps in the development of leaves and shoots.

The cold and wet weather in early April was harsh on plants and left its mark on many crops. Nutrients are essential to help plants withstand these conditions and develop properly.

“Basically nutrition; that’s what it’s all about. If we get our nutrition wrong we can’t alleviate stress within the crop. That’s where yield dies away,” John explained. 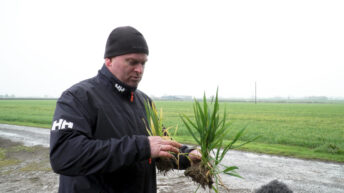