Creating a bright, sustainable future for people living in the west of Ireland

Efforts in Galway to create awareness around Lough Corrib and the need to develop it in a sustainable way for the future of the people of the west has been very much to the fore in recent months.

It’s the second biggest lake in Ireland and according to local experts, this very fact alone “makes it a wonderful resource and amenity for the people within its catchment area”.

Those involved are hopeful the initiative will benefit the surrounding communities, environment and economy.

Speaking to AgriLand, O’Cinneide said Corrib Beo was a “wonderful initiative” because it encouraged the groups involved to start a conversation around climate change and sustainability – thus opening up “some much-needed links and dialogue”.

Traditionally, there would be people who were at loggerheads with the state, or perhaps private groups that had issues with public groups, farmers arguing with fishermen, and so on and so forth.

He continued: “Corrib Beo is providing a more neutral space for everybody involved in sustainability around Lough Corrib so that the whole community can become involved.”

Bringing dialogue to the table

Meanwhile, Corrib Beo was launched on May 2 last at the Galway Boat Club. Numerous bodies and state agencies were represented at the event including Inland Fisheries and Catherine Finney who runs a state-run curlew project in conjunction with farmers along the east shore of Lough Corrib.

“One of the sad things about this is, though, there are only 14 pairs of curlews left in Galway,” O’Cinneide added.

“Over the last 30 or 40 years their breeding ground was drained and that, unfortunately, is one of the problems in all of this.”

Other programmes are also in place along Lough Corrib including a state-run project lead by Derek McLoughlin who is working with farmers in Connemara to try and promote sustainable sheep and hill farming in an area where there are freshwater pearl mussels. 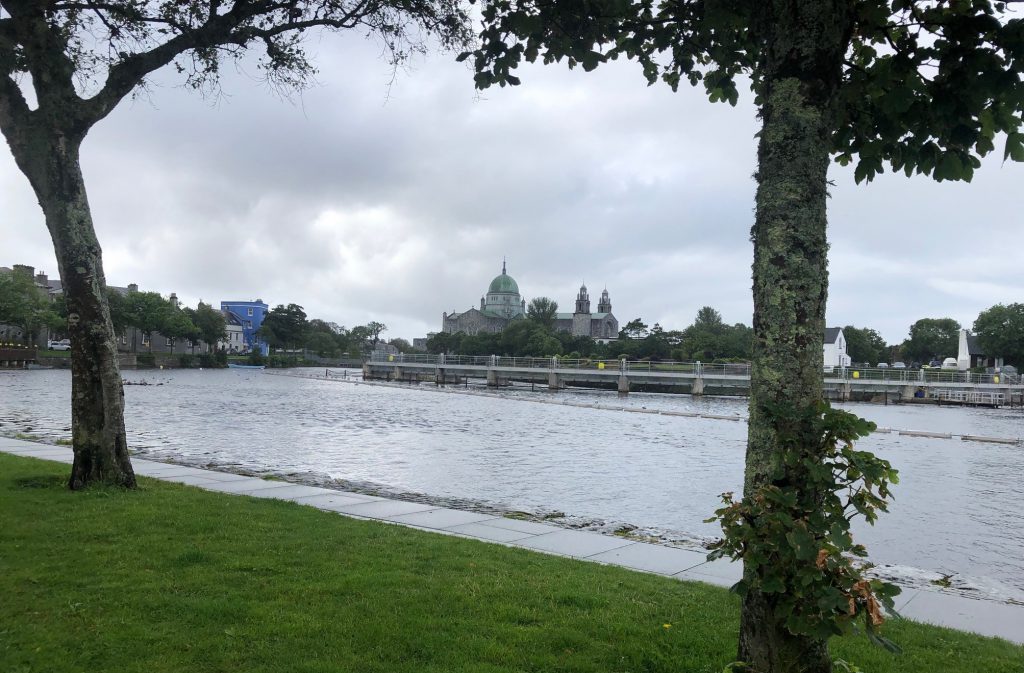 O’Cinneide highlighted the fact that while the pearl mussel is on the verge of extension the Department of Agriculture, Food and the Marine has begun investing in projects to protect vulnerable species.

So, all-in-all, the launch gave us a real sense of public appetite for change in respect of Lough Corrib.

O’Cinneide continued: “And, now that we are up and running, we are having an event next weekend which we hope will promote the story of the lake.

“When you look back at how people lived in the 1930s, 40s, 50s and 60s in many ways they were living far more sustainably than we are now.

“People lived within their means, there was less commuting, and energy and food were sourced locally.

Now is a time of great challenge, transition and change…

“While the future is a lot less certain – one thing is for sure – we are going to have to relearn all that stuff that we have forgotten.

“EPA data would show that trends were fairly even up to the 1970s and from then on problems began – it’s because of intensification in farming, construction, transport and many other areas too.”