Brexit preparations and the ongoing Covid-19 response across the agri-food sector were at the top of the agenda as Minister for Agriculture, Food and the Marine, Charlie McConalogue, chaired his first meeting of the Food Wise 2025 High Level Implementation Committee.

The meeting was also attended by senior officials from relevant government departments and agencies, according to the Department of Agriculture, Food and the Marine.

Minister McConalogue acknowledged the ongoing work across government on both issues and said:

While the focus lately has, quite rightly, been on responses to Covid-19, work on Brexit preparedness has not stopped and we must continue to communicate the key messages to stakeholders to ensure the agri-food sector is ready to meet the challenges of Brexit on January 1, 2021.

Yesterday’s meeting also included an update on the new agri-food strategy to 2030.

The 2030 committee continues to meet and is progressing its important work, the department said.

On Wednesday (September 16), Minister McConalogue urged companies in the agri-food and fisheries  sector to urgently complete their preparations for Brexit.

I urge all operators who import from or export to Britain to engage with the government’s recently published Brexit Readiness Action Plan and take the necessary steps to ensure that they are ready in good time for the changes that are coming in less than four months’ time.

“Regardless of the outcome of the future relationship negotiations, things will change once the UK becomes a third country.” 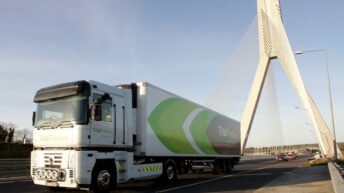