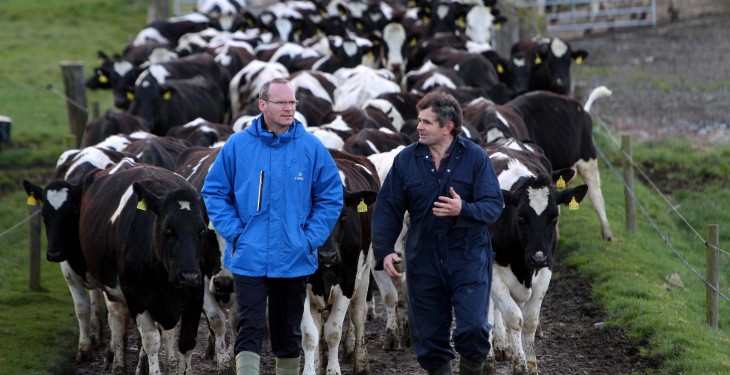 A dairy recovery is predicted for 2016 and will more than likely occur before the middle of next year, according to the Minister for Agriculture Simon Coveney.

According to the Minister, dairy farm incomes will fall by 40% in 2015, this is despite a 30% increase in output.

Speaking on Morning Ireland, the Minister said that his most important job is to insure the future of the country’s farming families.

“We need to make sure that Irish farmers get through a difficult pricing period so we can get back to some sort of normality in pricing markets.”

However, he added that this income fall will only be temporary.

“It had been predicted since last October that milk prices would fall in 2015. They have fallen, but they will recover again.

It is clearly predicted that they will recover by next year, certainty by the middle of next year,” said Coveney.

To aid farmers with the 2015 income struggles, Coveney added the the there will be a 50% advancement in direct payments in October to ease some of the cash flow worries.

This advancement will see approximately €375m paid directly to farmers in October.

According to the Minister, the upcoming meeting of the dairy forum in the next couple of weeks will decide how the money will be allocated to struggling farmers.

At present there is a fund of €14m available to help struggling dairy farmers, which will be used to help these farmers through a difficult pricing period.

“The dairy forum will meet in the next couple of weeks to decide as an industry how best to allocate that money to farmers that need it most,” said Coveney. 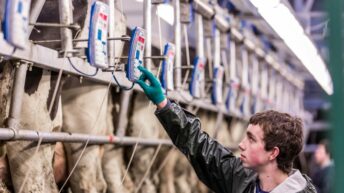 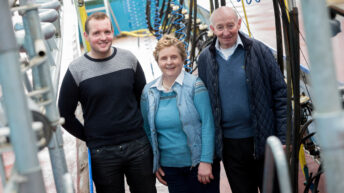