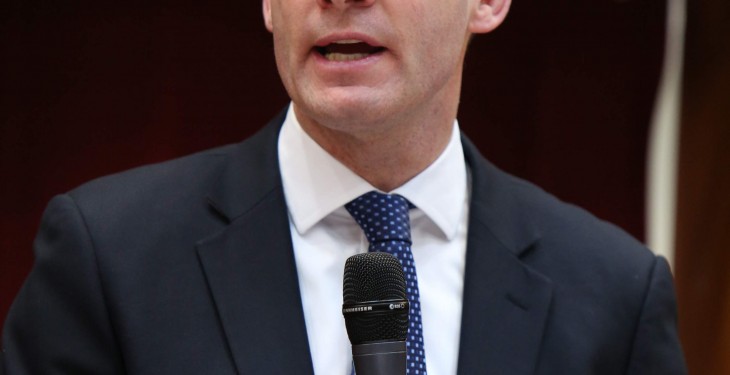 The group known as the ‘old young farmers’ will be accommodated under the 2015 National Reserve Scheme the Minister for Agriculture Simon Coveney has confirmed.

Minister Coveney said that he has decided that “Farmers who established their holding between January 1, 2008 and December 31, 2009 and who did not benefit from Installation Aid will be eligible to apply.”

The term ‘old young farmer’ is used to describe that group of farmers who, based on the date they established their holding in 2008 or 2009, did not have the opportunity to benefit from the Young Farmers Installation Scheme and who in 2015 will not be eligible to qualify as a ‘young farmer’ under the new Basic Payment Scheme.

The Installation Scheme was suspended in October 2008 while only those farmers who established their holding on or after the January 1, 2010 may qualify as ‘young farmers’ under the Basic Payment Scheme.

The Minister said since the start of the negotiations on the reform of the Common Agricultural Policy I have been very aware of that group of farmers who, while meeting all other conditions of these Schemes, were not able to benefit from either Scheme.

“I am delighted to announce that this group will now be eligible to apply to the National Reserve”.

The National Reserve that will be established under the new Basic Payment Scheme gives priority to ‘young farmers’ and ‘new entrants to farming’.

However, he said there is an optional provision whereby Member States may allocate new entitlements or give a top-up on the value of existing entitlements for persons who suffer from a ‘specific disadvantage’.

After consultation with the EU Commission, it has been agreed that the ‘old young farmer’ group can be categorised as such a group.

According to the Minister all conditions that apply to defining a ‘young farmer’ under the National Reserve will also be applied to the ‘old young farmers’ with the exception of the date that the old young farmer established their holding.

Farmers who established their holding between 1 January 2008 and 31 December 2009 and who did not benefit from Installation Aid will be eligible to apply, he said.

Minister Coveney said as with the ‘young farmer’, she/he must be aged no more than 40 in the calendar year in which she/he is applying and must hold a qualification in agriculture at FETAC level 6.

He said the ‘old young farmers’ will be catered for under phase two of the National Reserve and the online application will be made available in early April 2015.

“I would encourage all eligible persons to submit their application when the online facility becomes available in April,” he added.