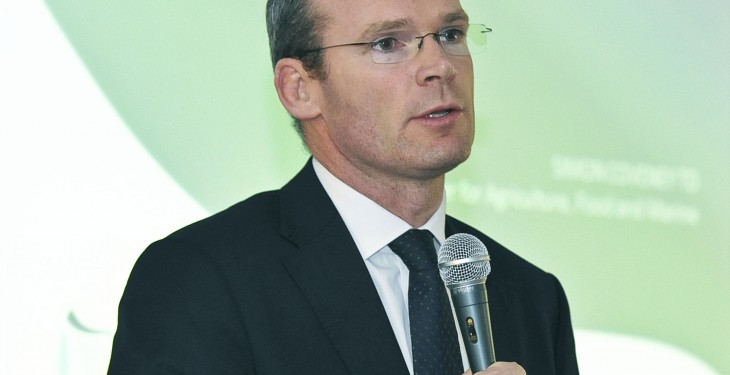 Responding to a question in the Dáil today from Deputy Bernard Durkan on the subject of the EU signing up to international trade deals, Farm Minister Simon Coveney said that  it is one of the priorities of the Government to use its links at European level to engage actively with the EU institutions and other member states to ensure that EU policies on bilateral and multilateral trade agreements do not place the Irish agri-food sector at a competitive disadvantage.

“Since I took office in 2011, I have proactively pursued this agenda, most recently at meetings of the EU Council of Agriculture Ministers in Brussels. At the February meeting of the Council, I asked the Greek Presidency to continue the practice of regular updates on the agricultural aspects of international trade negotiations. Since then there has been a good exchange at senior official level and last Monday there was a substantive discussion around the Council table on the current negotiations under way.

“I know the Deputy has a particular interest in the Transatlantic Trade and Investment Partnership, or TTIP, and the negotiations taking place between the European Union and the United States.

“We have much to gain from a transatlantic free trade agreement. We have an extraordinarily strong relationship with the US economy, due to the number of multinationals in this country. We also wish to be able to access its markets for food and drink and we are, I hope, close to accessing its markets for beef.

“However, we have a defensive interest too. A huge amount of beef is produced in the United States and we must ensure a number of things happen. First and foremost, we must ensure that hormone free beef remains the food of European consumers. That is a point on which we will continue to insist, as well as limiting any quotas that might be offered to the United States in terms of accessing EU markets for beef.”