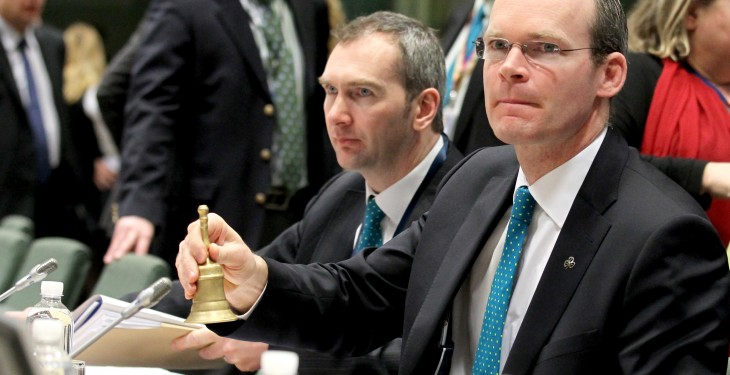 The Minister for Agriculture, Food and the Marine, Simon Coveney, today welcomed the Government decision on the merger of Coillte with Bord na Móna.

Minister Coveney, who is currently leading a four day trade and investment mission to the US, stated that “the Government decided today that both companies should work towards a partial merger of their businesses, focusing on the areas of overlap between the two companies. A joint venture between the two companies will manage their common business activities in biomass, wind energy, shared services, and recreation and tourism. This decision will maximise the levels of benefit to the State and the two companies in the medium term”.

The Minister further stated that “This Decision is the culmination of an in-depth analysis undertaken by NewERA, and the relevant Departments on behalf of the Government and it also included input from both companies. My colleagues, the Minister for Public Expenditure and Reform and the Minister for Communications, Energy and Natural Resources, and I considered the analysis and jointly concluded that a partial merger approach in the areas of synergy is the best approach at this time. I am pleased that the Government has agreed with our proposed approach”.

In relation to Coillte, which forms part of his responsibility for forestry, Minister Coveney added, “As Coillte is now over 25 years in operation, the recent analyses (in relation to the proposed sale of harvesting rights and a merger) have been timely and useful. Today’s decision allows Coillte to focus on its core activities in forestry and operating its board mills while allowing the company to harness those areas of synergy it has with Bord na Móna. Ultimately this decision will allow the State to derive as much value as possible from both companies.”

He concluded by saying: “Coillte has developed and evolved significantly since it was established as the State forestry company. It is an integral element of the Irish forestry sector and I believe this decision, combined with restructuring which formed part of last year’s Government decision, will serve to enhance this role”.