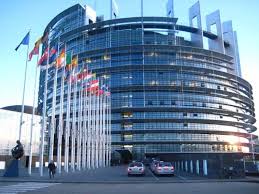 A European Commission proposal that would allow pork to be labelled as “reared” in an EU country even if the pig had spent only four months there was rejected by Parliament this week.

MEPs argued that origin labelling rules for fresh, chilled and frozen meat of swine, sheep, goats and poultry should be modelled on the stricter ones already in place for beef, so as not to mislead consumers.

Under the proposed scheme, labels would state only the countries of rearing and slaughter. Pork could be labelled as “reared” in a member state if the pig had lived there for just four months, or for just one month in the case of poultry. The European Commission did not propose mandatory labelling of the place of birth, even though European Parliament has repeatedly requested it.

“Consumers want the full picture of the meat supply chain, which is why I am calling for the place of birth, rearing and slaughter to be labelled.  Many people want to know whether animals have come from places with good welfare standards, and how far they have been transported, for ethical and environmental reasons,” said MEP Glenis Willmott from the  UK, who drafted the resolution, which was adopted with 368 votes to 207 and 20 abstentions.

“We already have these rules in place for beef and I don’t see why we shouldn’t have the same for pigs, chickens, sheep and other meat animals” she added.

MEPs point out that the origin of meat is of prime concern to consumers. Recent food scandals, including the fraudulent substitution of horse meat for beef, have shown that consumers both want and need stricter rules for traceability and consumer information, they say.

They therefore call on the Commission to withdraw the regulation and to draw up a revised version which includes a mandatory place of birth, rearing and slaughter labelling for those meats, in line with the existing beef origin labelling legislation.

MEPs also call on the Commission to delete any exceptions from the implementing rules for minced meat and trimmings.

Origin labels for beef were made mandatory in response to the bovine spongiform encephalopathy (BSE) crisis. EU beef labelling rules have been in place since 1 January 2002. The European Parliament has repeatedly called for the scheme to be extended to other types of meat.