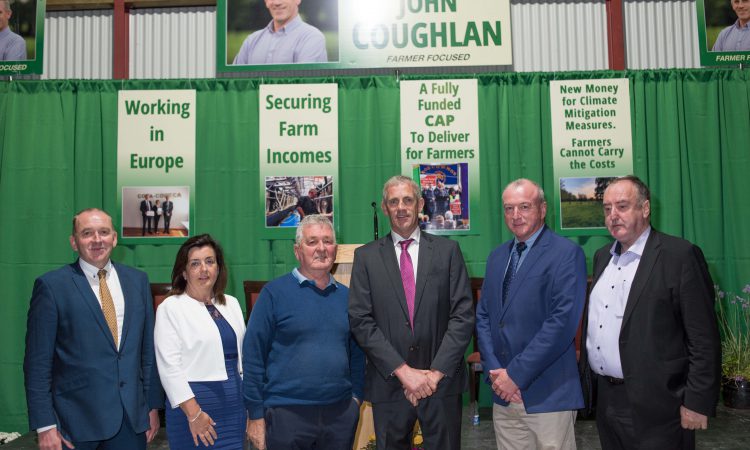 John Coughlan officially launched his campaign for the national presidency of the Irish Farmers’ Association (IFA) on his family farm, outside Buttevant in north Cork, last weekend.

More than 400 people are said to have attended the event last Saturday night, September 28, to hear Coughlan outline his vision for the future of the farm organisation.

Cashman and O’Sullivan also pointed out it has been 40 years since ‘The Rebel County’ last had a candidate for the top job in the IFA – they added that “the time was right” for change.

“Farmers are the foundation of the food industry. But, without viable farm families, this industry is broken.

“Farm income is the most important issue for IFA at all times. The income crisis crosses all commodities with beef, potatoes and vegetables under serious threat.

“However, livestock enterprises have come under an unprecedented attack. No beef enterprise can return a viable income now.

“Grain and sheep sectors are only barely surviving, and many dairy farms are only managing because of vastly increased scale. This is not a sustainable model for Irish farming,” he said.

Coughlan identified his key priorities for IFA, as follows:

He said that farm income is “a basic right” for every farmer and that commodity prices “must be returned” to the farmer.

On the reform of the next Common Agricultural Policy (CAP) post-2020 Coughlan said a full CAP budget “must be delivered” by Brussels and that it “must be tailored to genuine farmers”.

On climate change measures priority he stated that “new money is the only way forward”.

Additionally, John told the crowd that as the IFA president he would lobby to “split” the Competition Authority into two distinct bodies.

He also said he would work towards “achieving financial respect” for farmers in line with their right to get a margin for their work. He said he would “proactively” seek transparency in all sectors of the industry; and that he would challenge Europe’s cheap food policy.

“As farmers, we are expected to take what’s left and to produce below the cost of production.

“Farm families are expected to survive on an average farm income for 2018 of less than €23,000 – this can’t be allowed to continue.

As president, my mission will be to deliver a viable income for farming families – one that allows the next generation to farm with confidence.

“I will take on the biggest and roughest organisations to protect and help farmers.

“No Government department, EU institution or multinational will get an easy ride from IFA and I will challenge any regulation that is not equivalent to ours in the European market.

“I am proud of the fact that my title as the only Cork IFA president will soon be taken away from me. We need a decent person to lead the organisation – one who will wave the flag, who will stand firm, and who will not be pushed around by anybody.

“John is straight, he’s decent, he’s honest, he is working for farmers and he is not working for John alone and that is a very important thing to remember. The organisation is bigger than John in John’s view.

The IFA represents all farmers and John is in an ideal position to understand this because John is a dairy farmer, a beef farmer and a tillage farmer.

“We all back each other – just like at a recent BEAM [Beef Emergency Aid Measure] meeting where there were dairy farmers from Mayo backing beef farmers,” he said.

John Bryan, former IFA president and former national chairman of the IFA’s Livestock Committee, told the audience that he had worked closely with Coughlan and that he had depended on his advice and support during that time.

“John is the best candidate for president of the IFA for the next four years. Especially at a time when farmers’ incomes are on the floor and when there is huge pressure on the IFA in Brussels to defend the budget, as well as the huge restrictions Brussels wants to put on us for the environment.

“We are being asked every day to do more for less so it’s very important that we send someone like John out to Brussels who knows how to negotiate,” he said.

Meanwhile, Sean O’Sullivan, CEO of Cork Marts, said Coughlan has the IFA “in his DNA”.

“Farmers need strong and effective leadership. It takes a good general to march his troops up the hill; but more importantly to march back down again when the time is right.

“I believe John is the right man at the right time to lead the organisation,” O’Sullivan concluded.

Coughlan pointed out the areas where he says he has already helped to deliver for farmers.

Stay tuned to AgriLand for further developments on the upcoming IFA elections 2019. 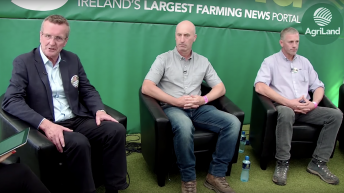