The milk feeding period is a really important time in dairy calves lives, as it will influence future growth and performance, according to Teagasc’s Emer Kennedy.

Speaking at a recent calf care event in Co. Wexford, the Teagasc Research Officer said that feeding and managing calves correctly is important to ensure that they meet their target growth rates.

Dairy farmers should feed their calves six litres of milk each day from about one-week-old. This level of milk feeding is required to ensure that the calf grows, she said.

The calf should get colostrum and then you might feed it four litres for the first day or two. The calf should be given five litres by the end of the first week and six litres from here on.

She also said that it doesn’t really matter if the calf is fed whole milk or milk replacer, as long as it is a high-quality product.

She said that there might be a slight taste of waste milk and calves may not drink as much. This will have a negative impact on the calves growth rate.

“Equally if you are feeding milk with antibiotics residues, that can lead to antibiotic resistance in the calves later on in their life,” Kennedy said.

The Teagasc expert also encouraged farmers to look at the nutritional value of the milk replacer they feed to their calves.

This is important, she said, as a poor quality product may have a negative impact on growth and in some cases, it may even cause diarrhoea.

“If you can get within those ranges and you would have a pretty good product on your hands,” she said.

Calves should be first given a sweet crunch type concentrate from about a week old, she said, as this will encourage the calves to start nibbling.

Concentrate is generally the best roughage source, followed by straw and then hay. If there is enough fibre in the concentrate, you don’t need an additional roughage source. 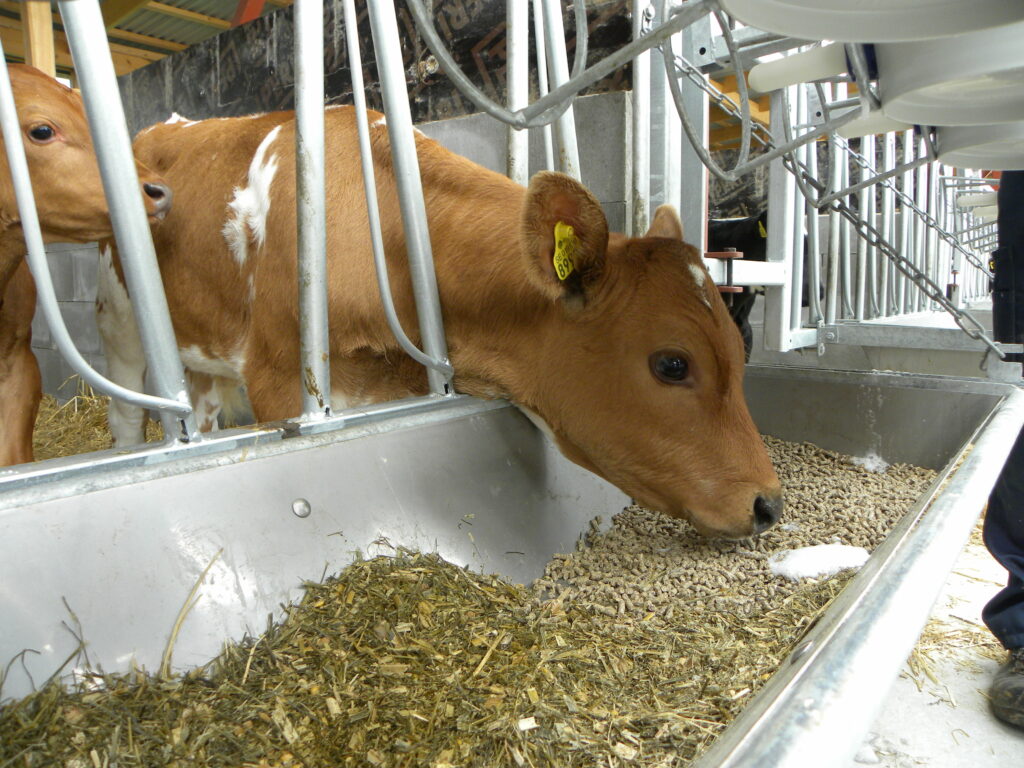 Water should be offered to the calves from at least one-week-old, as this will allow the rumen to develop, she said.

Dairy farmers should wean their calves gradually over a period of about a week, she said, by cutting down the volume of milk offered at each feeding.

Kennedy also said that farmers should wean their calves at 18% of their mature bodyweight, as this will ensure that they are well grown and ready to perform post weaning.