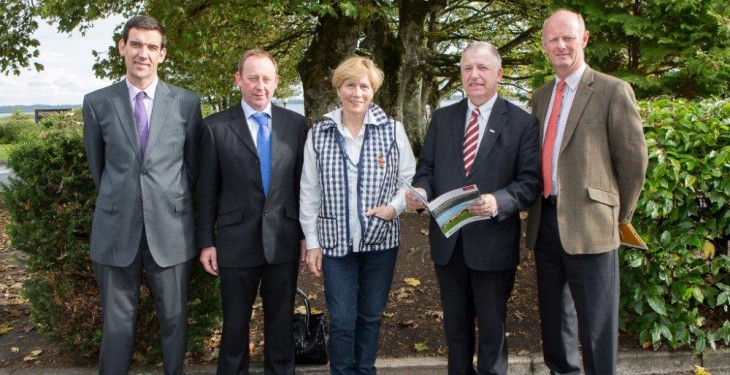 Margaret Lehane, a well-known suckler farmer from Co. Cork, told farmers at this years Teagasc National Beef Conference that not calving her heifers at 24 months would mean a loss of output of over €13,000.

“There is a very strong advantage to calving down heifers at two years of age. Looking at my own profit monitor last year, I achieved a gross margin of €1,056/ha. I had 73 cows calving and had 72 sales with an average value of €1,647. If I calved my heifers at three years of age instead of two years, I would only be able to carry 65 cows, which would mean a loss of output worth €13,176.”

Farming 52ha including some tillage, Margaret noted that some farmers question whether her heifers survive in the herd for their second and third calvings.

“I allow plenty of replacements to allow for losses along the way. I aim to fill my weanling heifer shed every year. This allows me to cull cows that are empty or other problem cows.”

Lehane outlined that ICBF data shows that her herd had 19 heifers calving fro the first time in 2008. “Twelve of these heifers (63%) calved in the herd for the fourth time, this compared to only 33% of heifers which calve down for the fourth time nationally.

“It just goes to show that it pays to look after your heifers.”