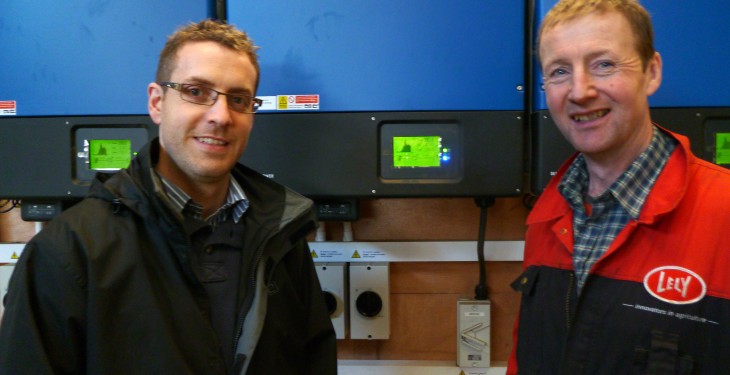 The View from Northern Ireland: Many farmers are considering the installation of photovoltaic panels on their farms or on their homes. This is a major decision because, while the thought of making your own electricity is very attractive, a PV system requires a considerable investment of capital.

The payback on the investment will depend largely on the amount of electricity that is produced by the panels. As this is a new technology, in this part of the world there is understandably caution about accepting the figures provided by those selling the product.

Earlier this year College of Agriculture, Food and Rural Enterprise (CAFRE) approached several farmers who had installed PV systems asking them to become PV monitor farms. These farms have a range of system sizes from 6.5 kW to 50 kW, using a variety of makes of panels and inverters.

The farmers give details of the electricity production from their systems to the college. While a full year’s data is not yet available in all cases, the output achieved is encouraging and equals or exceeds the figures calculated under the official standard assessment procedure system.

PV systems will be one of the technologies covered at the Practical On-farm Renewable Energy event on 29 October at Greenmount Campus. David Laughlin, Kilrea, will outline how his 50 kW system is operating and there will be a number of companies that supply PV in the trade exhibition area.

Pictured David Laughlin, Kilrea, with Pearse McHenry examining the output from his photovoltaic (PV) system. David will share his experiences of PV panels at the Practical On-farm Renewable Energy Event at Greenmount Campus on Tuesday 29 October.