Confidence vote in WMP as good uptake of GIIL contracts 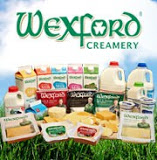 More than 288 farmers attended last night’s Wexford Milk Producers (WMP) agm to consider two related motions, one of confidence in the board of the producer group, one of no confidence.

The motion of confidence in the board received some 57 per cent of the vote, while a motion of no confidence received 43 per cent. In addition, three directors were re-elected to the board unopposed.

WMP agreed to sell Wexford Creamery to Glanbia late last year in a €20m buy-out. It is understood the Competition Authority has received all information it requested and is set to make a ruling next month.

More than 50 per cent of WMP have signed milk contracts with Glanbia Ingredients Ireland Limited (GIIL) over the past number of weeks. This represents 58 per cent of its milk pool, and according to a spokesman, the sign up with GIIL is continuing at a steady pace.

Meanwhile, some 40 WMP intend to supply to Strathroy Dairy from 1 April and the Concerned Wexford Milk Suppliers Group believes that a significant number, up to 80 farmers, are considering changing processor by 1 July.