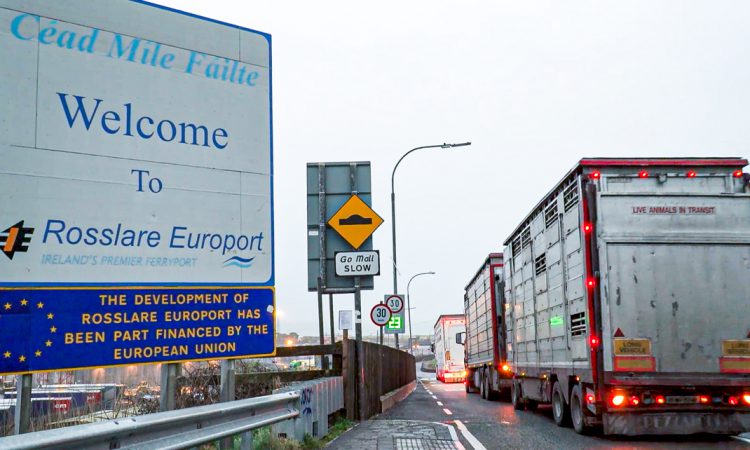 Concerns have been raised over the risk of delays in transporting perishable goods from Ireland to other EU countries post-Brexit.

Fianna Fáil TD James Browne raised the issue in the Dáil last week, saying that while there is a “strong agreement with fellow EU countries on ensuring our [Irish] goods, once they arrive in the continent, can continue onwards quickly”, he is concerned of “what will happen in the UK which, to a large extent, is out of the state’s hands”.

Deputy Browne said that perishable items, such as meat and fish “that need to be transported to the Paris markets are no good if there is a delay in getting them there”.

One truck driver told me that nobody buys turkeys on St. Stephen’s Day, so if perishable products do not get to market on time, they are no good.

Deputy Browne asked the Minister for Foreign Affairs and Trade Simon Coveney what position discussions are in with his UK counterpart on the issue of border checks on trucks originating in Ireland, arriving in the UK from Rosslare Europort, but which plan to travel onwards to another country within the EU.

‘Little we can do to mitigate the impact on Irish traders’

Minister Coveney said that “ensuring the UK land-bridge remains an effective route to market for Irish and other EU traders has been a key priority for the government” in the context of Brexit.

“The UK’s accession to the common transit convention is a key step. It is important to recognise that the UK government has decided to be part of that convention in an effort to be helpful,” Minister Coveney said.

“This allows EU goods to transit through the UK without undergoing full customs export and import formalities on entry and exit.

There remains a risk of substantial delays on parts of the land-bridge route between the UK and France, for example: Dover to Calais; the Eurotunnel; and possibly Holyhead. While we can work to address these at the EU end, there is little we can do to mitigate the impact on Irish traders arising from queues in the UK.

Minister Coveney said a commitment has been “secured” from countries such as France, Belgium and the Netherlands that when goods arrive from the UK on Irish trucks, “these trucks will enter the green lane and will not be treated the same as UK trucks arriving”.

‘Irish trucks will not be allowed to skip the queue’

The minister acknowledged that any “blockage” is likely to be in the UK, where he does not envisage a situation that “Irish trucks will be allowed to skip the queue” when there is significant traffic to get on ships.

Deputy Browne stressed the potential of Rosslare Europort, which is “ideally located and is the quickest sea route from Ireland to the continent and must be priority given the security it offers for getting Irish foods to Europe on time”.

Minister Coveney said that shipping companies have been looking at potential direct routes from “Dublin and Rosslare to the single market and various ports on the EU mainland”.

“However, without doubt, the fastest way to get fresh and chilled goods to market quickly – if the land-bridge can be used efficiently and without significant blockages in queuing systems – is to drive across the UK and use shorter ferry routes,” Minister Coveney added. 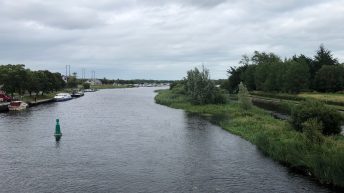