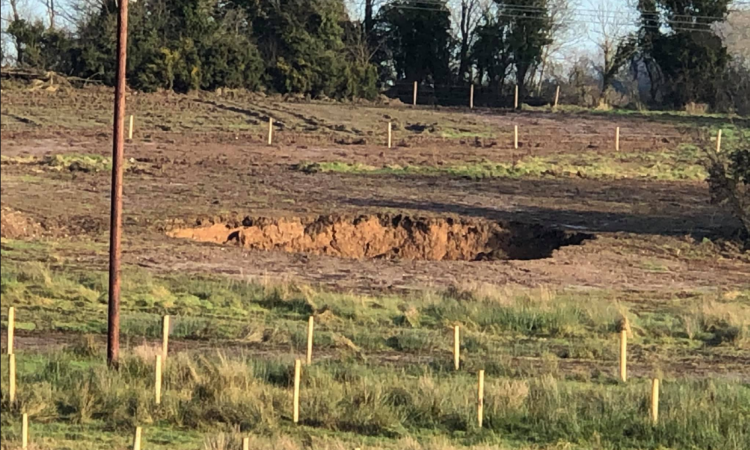 A patch of land that recently subsided over an old underground mine has been brought to the attention of a county councillor near Carrickmacross, Co. Monaghan.

Councillor Colm Carthy took to Facebook explaining that he recently visited the site of the incident.

He said: “This crown hole first appeared last summer but was filled in by the company [Gyproc] towards the end of 2019 – yesterday evening [Sunday, January 18] it reappeared larger than before.”

Continuing, he said: “To try and alleviate some of the understandable concerns of those living in close proximity to this crown hole, I have requested Monaghan County Council to get clarity on why it happened and what impacts it may have. I will also be asking Gyproc for an explanation.”

In a response to the councillor from Gyproc, the company explained that the area in question is located “entirely within Gyproc-owned lands”.

The company added “it is confident” the crown hole “poses no risk to the public”.

Concluding, the statement said: “In keeping with best practice, we have notified all relevant Government and county council authorities.” 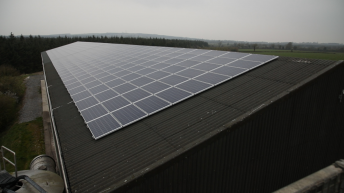