‘Farmers should only have to put one tag on store lambs, not two’ – sheep farmer 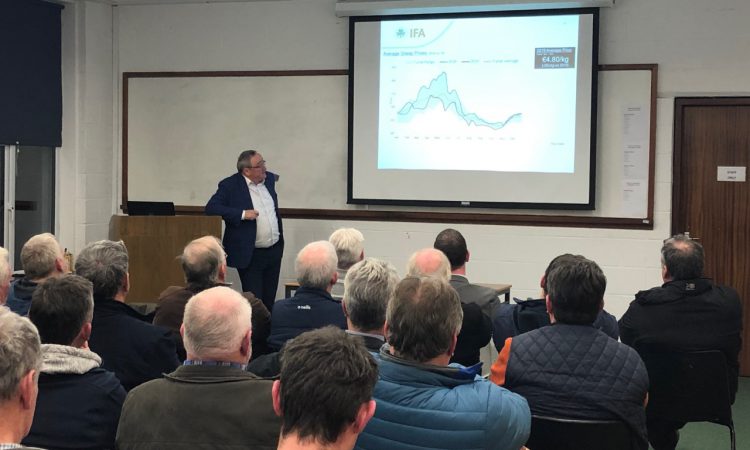 Farmers should only have to put one tag on store lambs, according to a sheep farmer in Manorhamilton, Co. Leitrim.

He was speaking at a Teagasc Sheep Seminar on Monday, January 20, when he put the question to Kevin Kinsella of the Irish Farmers’ Association (IFA).

The farmer in question said: “Last year, only €17 million of the Sheep Welfare Scheme was paid out to farmers.

“I lobbied for and got a lot of support, that farmers should have received an extra €5 per ewe from the €8 million that was left over to compensate for the cost of electronic identification (EID) tags.

“Instead of putting two tags on a lamb, we should only have to put on an EID tag; there is no need for a conventional tag as well. It would reduce our costs and save us a lot of time.”

The sheep farmer’s proposal was as follows:

The farmer explained: “My proposal didn’t get the traction it should have got and it left myself and many other farmers out of pocket.

“The sheep farmers in this area – that produce a vast amount of store lambs – have been affected badly and they need more support.

Last year, it cost me €600 to buy EID tags for my lambs. Before that, it only cost me 18c a tag, which worked out at roughly €72. That is an astronomical increase and it is just not sustainable.

“The introduction of EID tags has quadrupled the workload on me and I can safely say that is the case for many farmers. I am not getting any younger and it is very hard to find help around this area.”

Concluding, he said: “I believe we lost a golden opportunity to look for that extra €5 a ewe last year that would have compensated for the extra cost of these EID tags.”

The new software module allows the mart to use the Government’s new Animal Identification Movement or AIM Ovine interface for sheep.

EID technology is used to scan electronic tags on sheep as they enter the mart.

All sheep, including lambs presented for sale, must be identified with a full set of EID tags; this includes one conventional tag in the animal’s left ear and a corresponding electronic tag placed in the right ear. 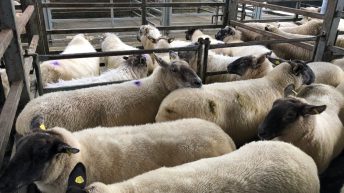