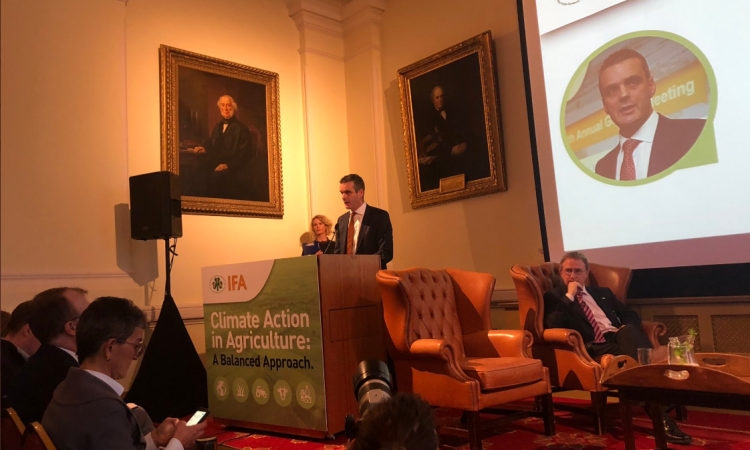 The president of the Irish Farmers’ Association (IFA), Joe Healy, has said the agri-food sector “stands ready to respond” and is “actively engaged” in climate action.

Speaking at the opening of the IFA’s climate event in Dublin today, Tuesday, January 21, Healy said: “The IFA supports the delivery of the Teagasc climate roadmap.

“The future must be about safeguarding Ireland’s climate-efficient model of food production, while providing innovative opportunities for farm families and rural Ireland to climate proof their futures.

At the event, Prof. Frank Mitloehner, from the University of California, Davis, pointed out that methane “should be treated differently to long-lived greenhouse gases (GHGs)”.

He said improving efficiency and adapting new technologies are “the most effective ways to mitigate the impact of food production”.

The chair of the Government’s Climate Change Advisory Council (CCAC), Prof. John Fitzgerald, said the next Government faced “stark choices” if the country is to achieve its target.

He acknowledged that there is no ‘silver bullet’ and he said all sectors must take action.

Frank O’Mara, director of research with Teagasc, said agriculture can reach its targets if the key mitigation measures in the Teagasc roadmap are adopted. He said this can be done while maintaining the national herd.

The event also heard from Tom Arnold, chair of the Government’s 2030 agri-food strategy, Prof. Alice Stanton of the Royal College of Physicians and Thomas Cooney, chairman of the IFA’s environmental committee.

“There’s much to think about and there is a clear ‘science gap’ in Ireland in the development of a fairer climate picture of farming and food production,” he concluded. 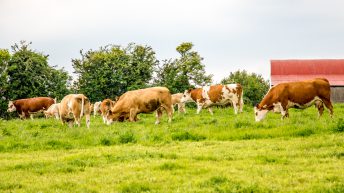