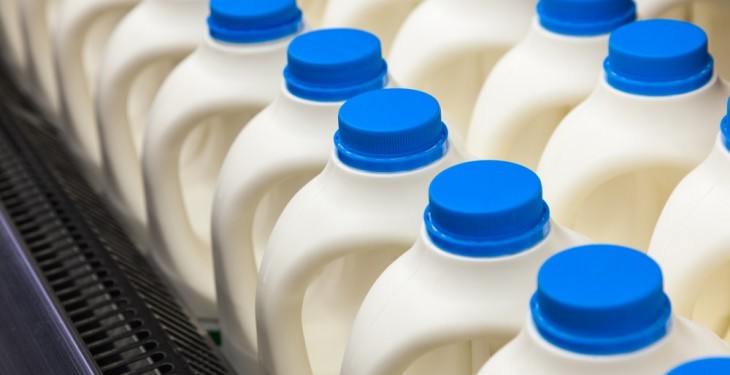 This week major UK retailer Morrisons followed the likes of Aldi, Lidl and Asda by offering 4 pints of milk for 89p, according to DairyCo.

It says the move to offer ‘everyday low prices’ is no doubt a way to entice shoppers back through the doors, but also questions whether the move will it result in Tesco or Sainsbury’s reducing their milk from £1 for 4 pints.

DairyCo says milk is an important product for both consumers and retailers, as 99% of households purchase milk according to Kantar Worldpanel, so supermarkets will want to be price competitive.

It says if Tesco and Sainsbury’s start losing shoppers as a result of being uncompetitive then there will be pressure to reduce the price they charge.

Will this affect farmgate prices?

According to DairyCo Morrisons have stated the recent price cut will be ‘swallowed’ by the supermarket while Tesco and Sainsbury’s continue to offer cost of production contracts, so even if they were to follow the price cuts, farmers supplying them should not feel any direct effect in the short term.

However, how long can low retail prices go on for?

Selling milk at 89p for 4 pints makes it hard for supermarkets to make much, if any, profit on that particular product, according to DairyCo.

However, it says supermarkets are currently using milk as a low margin or even negative margin item, as they have done in the past at times, in order to encourage footfall into stores.

It adds if this method allows them to gain sufficient profits from other product lines, it is likely they will continue with this approach in the short term at least.

DairyCo says previously the question has been asked if this approach could have lasting effects on the consumer perception of milk as a valuable sources of nutrients.

It says the evidence from other “price wars” on beans and bread that this is unlikely because these products are such a core fixture of household purchasing.

DairyCo also said that farming unions are likely to take the retailers to task on this issue because for those that supply non-aligned pools the squeeze on price will slightly increase pressure on farmgate prices.