Despite having gross margins of almost double the national average, Kilkenny farmer James Grace says his greatest concern centres around the return from suckling. “My concern is that there is not enough of a return in suckling to invest back into the business.” He was speaking at the Irish Grassland Association’s beef open day this week to over 100 farmers who visited his farm near Mooncoin.

James farms with his wife Mary and they run a 55 cow autumn-calving beef herd. The herd consists of first cross Limousin from Friesian cows, while Limousin and Parthenaise bulls run with the herd. Autumn calving makes senses for him, he said, because he does not have the facilities for spring calving. “There is a lot of logistics involved in moving cattle from paddock to paddock, but we set up the paddocks a couple of years ago to try and get as much as possible out of grass.” He praised Teagasc beef advisor Pearse Kelly and his own advisor Austin Flavin for helping him establish the system. He now has the farm set up in 43 paddocks.

The farm has a gross margin of €692/ha, compared to an average of €369/ha. However, he said with steers making €3.80/kg he is going to struggle. “I do not know where more efficiency can come from inside the gate.”

Despite the margins in suckling he says he will never get out of it completely. “I could not be looking out at P grade calves. Maybe that’s not the most intelligent decision though.” At worst, he said he might scale back to 30 cows or he may look at higher end markets.

Sponsors of the farm walk were Herdplus and IFAC. 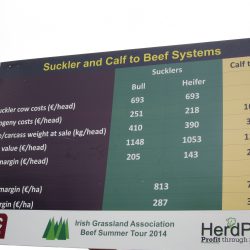 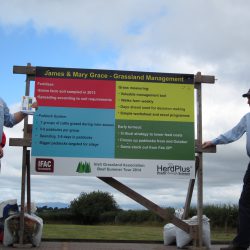 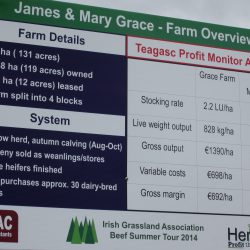 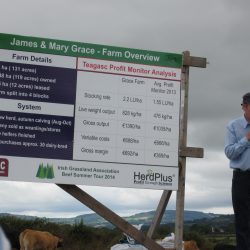 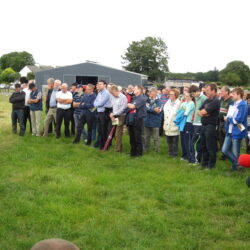