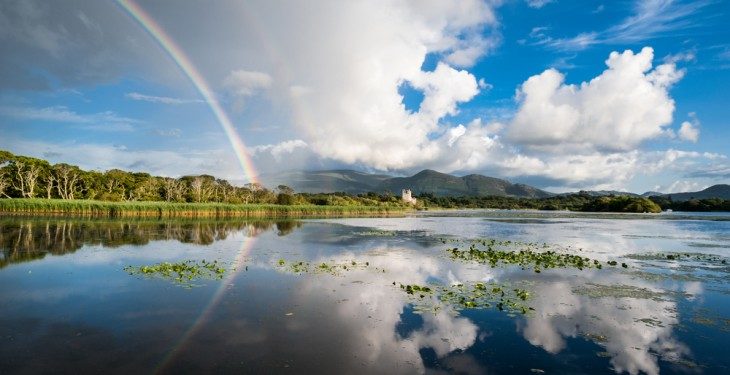 There needs to be “a change in behaviour to reduce carbon emissions”, the Minister for Agriculture, Food and the Marine, Michael Creed, has cautioned.

As it stands, Ireland, along with Denmark and Luxembourg, has the most challenging reduction target for greenhouse gas (GHG) emissions in the EU – a 20% reduction on 2005 emissions levels by 2020 – according to the Sustainable Energy Authority of Ireland (SEAI).

When asked by AgriLand what he meant by those comments, the minster said that following discussions on the topic of GHG emissions last summer with the Environmental Sustainability Committee of Food Wise 2025, “common sense would suggest that the scale of the challenge is such that a whole system response is required”.

Meanwhile, delegates from across the sector attended the Food Wise 2025 discussions and Minister Creed pointed out that over the course of the event those present were invited to respond to presentations outlining the challenge facing the sector, and to discuss and suggest solutions.

“Following on from the dialogue, the department is coordinating and leading the development of a roadmap to ensure that the future development of agriculture and land use – including the forestry sector – will be built upon environmental sustainability and contribute fairly to Ireland’s climate, air and energy targets,” he added.

Advertisement
Minister Creed said the work would be guided by the Government’s long-term policy vision for the sector with an approach to carbon neutrality that would not compromise the capacity for sustainable food production.

Despite the challenges of achieving carbon neutrality, the minister also recognises sectoral opportunities.

“Both within the farm gate and outside the farm gate, to the wider rural economy and bioeconomy through fossil fuel and materials displacement in the energy and built environments,” he said.

Meanwhile, according to the Department of Communications, Climate Action and Environment the latest projections produced by the Environmental Protection Agency (EPA) on emission levels for 2020 indicate that Ireland’s emissions could be in the range of 6-11% below 2005 levels.

In a statement on the department’s website, it is outlined that the country’s initial target for 2020 was “misinformed”.

“The likely outcome will be closer to 6%, representing a significant shortfall in terms of reaching the 20% reduction in 2020.

“This reflects both our reduced investment capacity over the period of the economic downturn, as well as the fact that the target itself was misinformed and not consistent with what was achievable on an EU wide cost-effective basis,” the statement concludes. 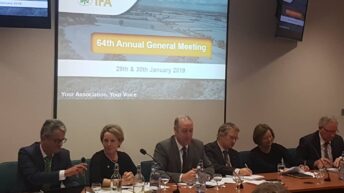 ‘When it comes to sustainability the wind is behind us’