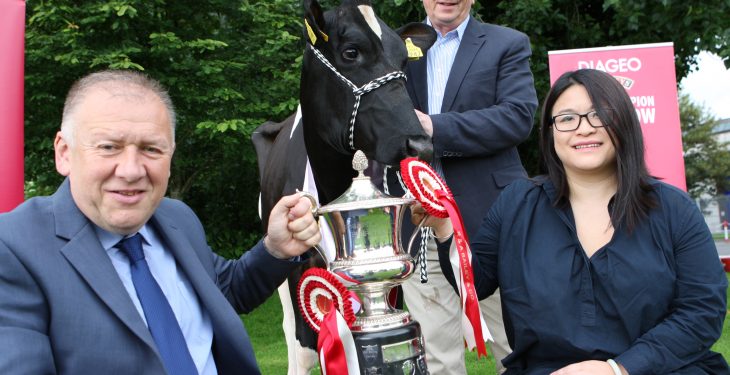 This year’s Virginia Show is celebrating its 75th annual show and to commemorate the day organisers have produced a commemorative show catalogue which can be bought on the show day.

It includes memories from show members and exhibitors, all the way back to the first show in 1941, which took place during World War II.

Some of the earliest memories come from local exhibitors, including Paddy McEvoy, from Virginia, who won the Shorthorn Championship in 1954, 1955 and 1956.

Meanwhile, John O’Reilly, President of the Virginia Show from 1980-1992 also recalls past shows, including a year where the show was almost cancelled due to heavy rains.

Other members also remember the special reward of Cavan Cola after a long day in the showgrounds or the joy of having the day off school.

This year’s show will be launched by Phil Hogan, the European Commissioner for Agriculture and Rural Development at 11 at the Show Centre.

Commissioner Hogan will then be attending the Dairy Conference in Virginia College and discussing the rolling out an EU €500m aid package to the farming sector, the final text of which will be voted on in Brussels the day after the show.

Whether its cattle, horses, sheep, poultry, dogs, home industries, children’s classes or art and craft, there is something for everyone from National Finals with the highlight being the 2016 Diageo Baileys Irish Champion Dairy Cow competition, known as the ‘All-Ireland for Dairy Cows’ because it consistently attracts the top Holstein Friesian breeders from across the country.

This year is especially important as International delegates from the International Limousin Congress will be attending the show from 9:30 until 13:00 from Argentina, Chile and the USA among others.