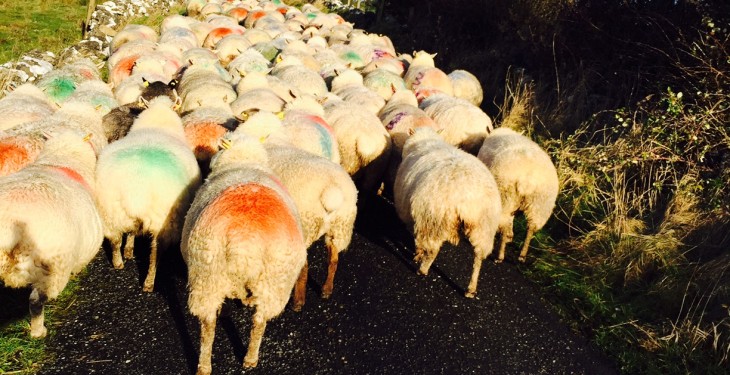 The country is set to be battered with high winds, Arctic air and heavy rain during the coming week according to latest forecasts from Met Eireann.

It also says there is the risk of stormy conditions developing on Wednesday and Wednesday night.

Wet and windy with heavy rain in Munster and Leinster. Drier, clearer conditions in Connacht and Ulster will extend to all areas later this morning. The rest of the day will be cold and breezy with sunny spells and scattered showers of rain or hail, mainly in the west and north

Rain will spread eastwards across the country this evening and early tonight, falling as sleet in parts of Ulster. After it clears, scattered wintry showers will follow over west Munster, Connacht and Ulster. Some of these will fall as snow towards morning, especially on high ground. Lowest temperatures of -2 to 0 degrees.

Tuesday
Tuesday will be extremely cold with temperatures of just 1 to 5 degrees and fresh, gusty west to southwest winds. There’ll be sunny spells and scattered wintry showers with a risk of thunder. Some of the showers will fall as snow.

Tuesday night will continue bitterly cold. The east of the country will be dry with clear spells. However, wintry showers will continue further west and north with falls of snow in places. Lowest temperatures of -2 to 0 degrees.

On Wednesday, wintry showers will continue for a time, but will die out. However heavy rain and very strong southerly winds will spread from the southwest. The rain will fall as sleet or snow for a time as it moves northeastwards.

It will be very windy or stormy in the evening and night with very strong and gusty westerly winds. Temperatures of just 1 to 5 degrees will increase through the evening and early night and will fall again overnight.

January so far
According to Met Eireann, January so far has been wetter than average everywhere. With over twice the average rainfall through parts of Connacht.