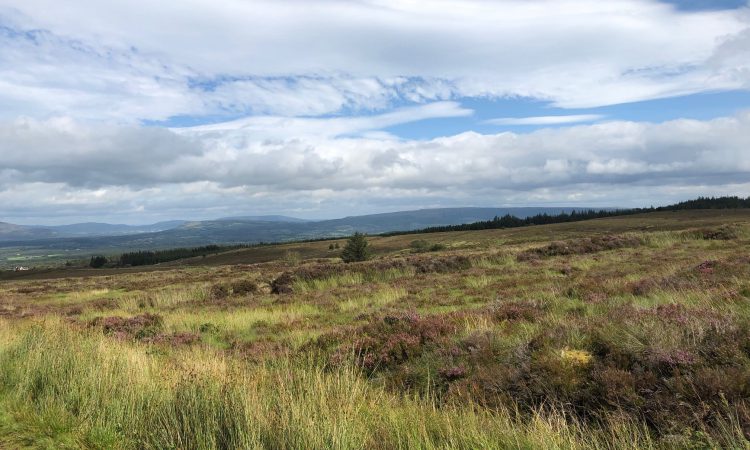 Coillte has confirmed to AgriLand this week that it intends to build a 10-turbine wind farm across the north-west in north Leitrim and Sligo.

In a statement, the semi-state body said it intends applying for planning permission in respect of the strategic infrastructural development – Croagh Wind Farm – to both local authorities towards the end of this year.

The company also stated that it is currently preparing a detailed environmental impact assessment (EIA) that will examine, in great detail, “the potential impact of the project on population and human health, biodiversity, land, soil, water, air, climate, material assets, cultural heritage and landscape”.

Coillte’s current focus is on the preparation of an EIA (environmental assessment report) surrounding the potential turbines.

“This assessment informs the design and accompanies the planning application, which is targeting a submission date in Q4 of 2019.”

‘State of the art’

Coillte, meanwhile, says the Croagh Wind Farm has been designed “based on the latest iteration of guidelines for wind energy”, which was published on June 13, 2017, by the Department of Communications, Climate Action and Environment.

The company pointed out that while the minimum set-back distance from a turbine for a residential dwelling under current legislation is 500m, under the 2017 iteration the set-back distance is proposed to increase to four times the maximum turbine tip height.

For Croagh Wind Farm that means a set-back distance of 680m.

The spokesperson added: “Working closely with near neighbours, Coillte has designed this project so that all but one dwelling – which is situated at approximately 850m from a turbine – are situated further than 1km from a turbine.

“The local area has seen wind farm development since the earliest commercial turbines were introduced in the mid 1990s. As technology improves, turbines can produce greater power.

Also Read: Derrybrien Wind Farm: How it all went wrong…

“This results in wind farms with fewer, but larger turbines. The proposal at Croagh Wind Farm is for 10 turbines, 170m in height, with the capacity to generate up to 48MW of power.

“Older technology would have required 30+ turbines to generate this output. We propose erecting far fewer turbines to create much more power.”

The company then went on to point out the importance of differentiating between how the wind farm is designed, and the criteria by which the relevant authorities assess the project for planning permission.

As outlined above we have adopted a best-in-class class and conservative approach to the current design phase.

“We hope to maintain a strong and constructive working relationship with the local community near Croagh Wind Farm and to lodge a planning application in Q4 of this year to both Leitrim and Sligo county councils.”

Meanwhile, the community that will be most impacted by the development has raised a number of very serious concerns in respect of the matter…

To find out more…stay tuned to AgriLand.

Hogan set to speak at ASA event in Kilkenny