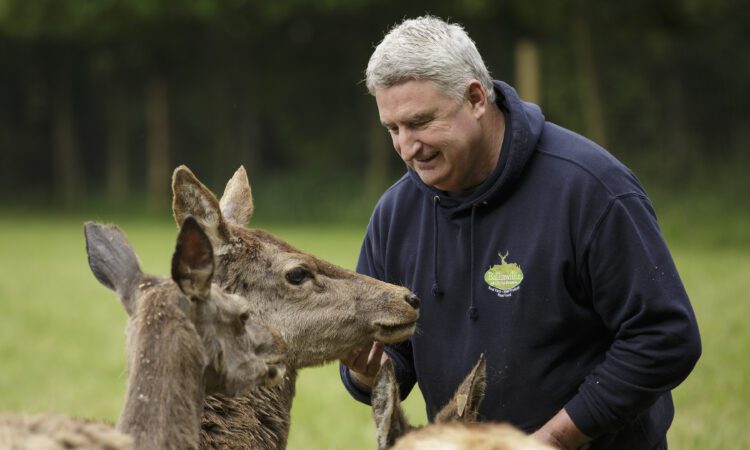 A Co. Cork farmer has developed a garden devoted to mindfulness – which will be unveiled next month as part of the Old Butter Roads Festival scheduled for June 8 and 9.

Patrick Mulcahy, of Ballinwillin House and farm in Mitchelstown, created the holistic garden on his property in response to the mental and physical aftermath of the worst winter he has experienced since his move from Dublin to Co. Cork, 40 years ago.

The former west Limerick man has the only combined organic farmed venison and wild boar farm in Ireland and the UK.

He also operates a B&B in the house – which was built in 1727 for famous agricultural journalist Sir Arthur Young. The house and courtyard wing hosts guests from all over the world.

Patrick grew up on a small farm and helped his father – who had a butchery, grew vegetables and ran a mobile shop.

“There was no money around at that time. People had to be resourceful and bartering was popular. We had the best of healthy food. The rural lifestyle was fantastic even though we worked hard.”

After school, Patrick was a Garda by night and a horticulturalist by day. He worked as a green keeper in the Royal Dublin Golf Club at Bull Island and in convents all over Munster.

When he bought Ballinwillin House in 1985 along with his wife, Miriam, it was a ruin on 16ac.

Having renovated and extended the property and built up the farm, he went into wild boar and venison after the catastrophic nuclear accident in Chernobyl resulted in a shortage.

He now supplies the European market, including Ireland, as well as the UK – especially London.

“Every morning I meet individuals from all walks of life,” reflected Patrick.

“It has become more and more obvious to me from our early morning conversations that there is an increasing need to nourish the body with good food and allow time for the mind to relax.

I practice mindfulness daily and it is essential to help me start and end the day on a positive note.

“Last year we created a ‘Thinking Path’ on the property for guests to enjoy and I am confident the mindfulness garden will be a welcome addition,” he said.

Patrick – who farms 200ac between owned and rented land – said he had an interest in mental health and resilience from his childhood.

“I used to go around with a stick in my hand and disappear for ages. I developed a system to cope in difficult circumstances which stood to me during my work as a Garda, working in places such as Portlaoise Prison.”

The “eight-month winter” just gone has taken its toll on the farming community, he said.

“Since August 20 last, we have had three days without rain so far in Mitchelstown, as well as three storms. I know farmers who are selling up because they can’t cope with things,” Patrick said.

“Farmers, in general, are very private and they don’t like to speak about their problems. Their wives are much more open. They need to be a strong force as they’re coping with the financial and psychological effects of difficulties.

“People are starting to open up but a lot of farmers will just look at the ground when you talk to them about mental health issues. They can be very isolated,” he said.

A lot of farmers won’t be farming next year because of the fall-out from this year’s bad weather and the loss of animals. Most farmers would do without themselves rather than see their animals die.

An advocate of yoga, Patrick’s advice is to focus on the ‘now’; to realise that ‘good enough’ is enough; and to stand back and appreciate the beauty of nature.

The mindfulness garden will be launched during the 2018 Old Butter Roads closing events when Bryan McCarthy from Greene’s Restaurant and Cask, takes up residence in the Ballinwillin kitchens.

The award-winning chef will use ingredients from the locality and team them with the venison and wild boar on the doorstep of Ballinwillin to create a selection of dishes that will be paired with wines from the Mulcahy family’s vineyard in Hungary.

On Friday, June 8, a wine tasting session in the wine cellar will be followed by a ‘bao bun supper’ in the on-site wine barn and on Saturday, June 9, food writer Aoife McElwain will host a workshop.

The author of ‘Slow at Work – How to Work Less, Achieve More and Regain Your Balance in an Always-On World’ will discuss her book and interview Patrick to find out more about his journey from west Limerick to wine making and how he incorporates meditation into his everyday life.

Aoife penned her book as a way of recovering from her personal experience with burnout and beginning to learn the importance of knowing when to go fast and when to go slow.

The Old Butter Roads Festival was set up in 2017 by a group of family-run and owned restaurants, producers and activity providers to promote the culinary attributes of the Avondhu, Blackwater, Duhallow and Muskerry areas of Munster. 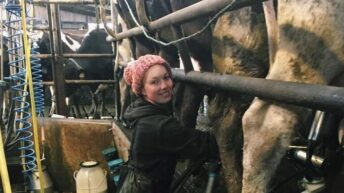