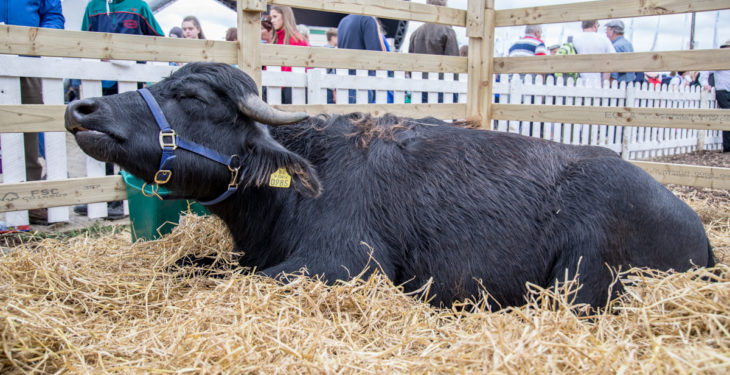 Co. Cork farmer, Johnny Lynch, who has gained fame as Ireland’s buffalo farmer, is seeking to partner with farmers within an hour or two of his farm, to increase buffalo numbers and meet consumer demand for their cheese and milk.

“We are growing 25% every year. This year we have 115 calving, next year we should have 150 and the following year it should be up to 180,” said Lynch who previously milked 50 Friesians.

In a bid to bring new blood into the herd, which he brought in from northern Italy, he is introducing bull calves. “We have sourced three male calves in Wales which we will be bringing in within the next three weeks. We are also talking with people in Holland who have a herd.”

Now focused on the production of mozzarella and ricotta cheeses, Lynch said if they could make three times as much product, they would sell it.

He is now open to various types of partnerships which would allow him to increase production. “We are meeting with Teagasc in the coming weeks and a template will be produced for those interested,” he said.

While buffalo are expensive – at €3,000 each – they are, Lynch said, simple to manage and adapt easily to Irish weather conditions. “Once you get to know them, they are more like a pet dog. The main health issue with them is prolapse. They don’t need perfect grass.”

Lynch farms 150ac of his own land at Cill na Martra, near Macroom, and has 100ac of leased ground; he plans to expand on that in the next year.

The only thing holding back further growth is the shortage in milk production – it seems to be a fear of the unknown. People are just used to milking cows.

He is open to suggestions on potential partnerships. “There are lots of strategies that could be put in place. This is an ideal opportunity for some young people who are willing to take a chance. We have spent a lot on the cheese factory in the last six months, and have received great support from Udaras na Gaeltachta.

“We are building up the market slowly, and there is also a demand for the meat,” said Lynch, who contended that it is much healthier than beef.

“There are plenty of options that could be explored and I would be interested in hearing from people with proposals,” said Lynch. 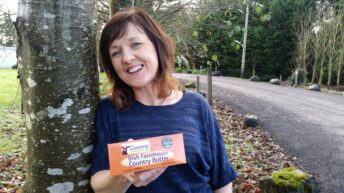