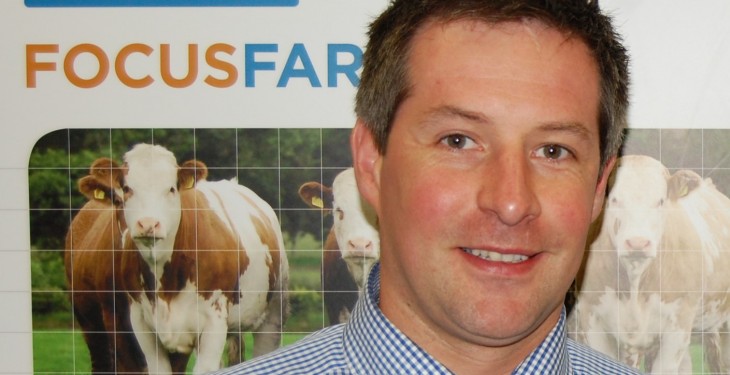 Two important FarmSafe Awareness workshops will be held at mart venues in Northern Ireland on Monday March 10th and Wednesday March 12th, both designed to highlight the specific accident risks that can occur on farms and the steps that can be taken to avoid these happening in the first place.

The events build on the growing success of the FarmSafe campaign, which has been specifically compiled to reduce the number of accident related deaths and serious injuries occurring on local.

Monday March 10th will see Armoy Mart in Co Antrim host its FarmSafe event. Starting at 5.30pm, it precedes the weekly beef sale due to take place in the venue later that evening. The trainer, co-coordinating the workshop will be John McKinley, from Ballycastle.

Wednesday March 12th will see Ballymena mart hosing its FarmSafe workshop. The event gets underway at 2.00pm and follows on directly from the weekly lamb and hogget sale in the sale yard. The trainer in attendance for the demonstration will be well known Focus Farmer Thomas Morehead.

“We have received considerable interest in running these events at these venues, as often late evening or early morning events don’t suit many farmers who are busy with their usual feeding chores. The timing of these events is designed to refocus farmers minds on the potential risks and hazards that they face on a daily basis, especially now with lambing and calving around the corner. With the poor spring and the fact that farmers will be trying to do 10 jobs at once such as spreading fertilizer, mixing slurry and calving cows they will be focused on these rather than their personal safety, so these courses are a gentle reminder to prioritise safety on their own farms. By organizing these events at local marts we hope to capture anyone visiting the mart for the weekly sales and make it a central venue for anyone else who wishes to attend a farmsafe event.”

“And I would like to specifically thank the management teams at Armoy and Ballymena for allowing us host the upcoming events in their premises,” he added.

“Refreshments will be available after both workshops.”

The FarmSafe Awareness Programme has been devised as a direct result of the collaboration between the Farm Safety Partnership and the Focus Farms’ Centre.

Events are currently being hosted by thirty eight Focus Farmers in conjunction with LANTRA accredited Health and Safety Instructors. LANTRA is the UK’s Sector Skills Council for land based and environmental industries. The FarmSafe Programme has been structured to allow each host farmer and accompanying instructor coordinate a specifically developed practical, farm safety demonstration and seminar.

Matthews added: “The events have been designed to highlight all of the key safety issues that have a direct bearing on farm businesses here in Northern Ireland. They are very practical in nature and will serve to primarily encourage farmers to ‘think’ and ‘act’ safe as they go about their day-to-day activities.

“We are also using venues such as Community Venues and livestock marts to facilitate the needs of those attending the seminars. Timing is also totally flexible. Both daytime, weekend and evening schedules will be included, again to meet the requirements of every farming family in Northern Ireland.”

Matthews concluded: “It is vitally important that at least one member of a farming family attends an upcoming seminar. They have been designed to illustrate the consequences of a serious on-farm accident, both in terms of the problems caused for the business and the ensuing family trauma.

“But more than that, they will serve to encourage farmers to take that extra 30 seconds to work through the safety implications associated with every farming-related activity.”

If anyone is interested in attending either of the two venues it would be appreciated if they could inform the Focus Farm Centre to allow catering numbers to be finalised. They can either telephone the focus farm Centre on 0845 026 7537 or email: [email protected]