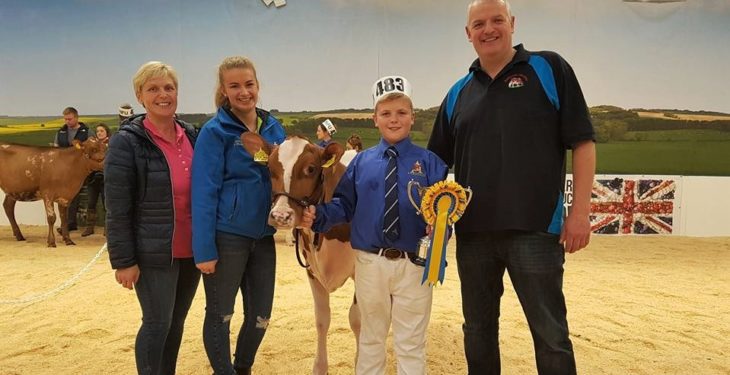 A Co. Antrim heifer has managed to snatch one of the most sought-after show titles in the UK; the All-Britain All-Breeds Calf Show’s Ayrshire Champion.

Kirkinriola PCB Joy (Calimero Blackjack ET) – which is owned by the King family – was not only named the top autumn calf, but also went on to become the Breed Champion at last weekend’s show.

The 11-month-old heifer was bred from a cow sired by a stock bull and was shown by 10-year-old Jack King, who helps his father Martin on the family farm in Broughshane.

Jack and his heifer were one of more than 200 young breeders and 350 calves taking part in this year’s All-Britain. Competitors must win their regional qualifiers to be able to enter.

‘I told him you’ll not be going this year’

But the King family didn’t think they would be going at all this year. Martin King said: “Jack has only been showing calves for three years now.

“I told him he wouldn’t be going to the All-Britain this year – he’s in P7, so between tests and everything it’s a busy year; I told him it would be too much hassle to go.

“But we went to the calf show and he won his handling class and then the calf got Reserve Champion so we then we had to go to the All-Britain. 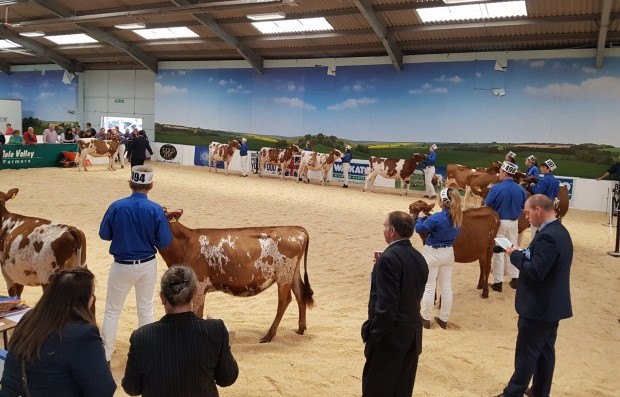 “He’s won handling classes before, but he’s never qualified for the All-Britain before – that’s the best he’s ever got on at the big calf show, so we hadn’t any choice but to go.

“The judge at the All-Britain actually judged our calf show over here last year and he said to me, ‘That boy of yours has come on powerfully in a year’ – he couldn’t believe he still has three years left in the under 13 class.”

The King family milk 50 pedigree Ayrshire cattle at their farm in Broughshane. The herd is autumn calving with cows averaging around 8,800L a year.

King said he AIs the majority with sexed semen, using a stock bull to sweep up. Breeding is focused towards type and milk volume, with importance also placed on legs and feet.

The dairy breeder has also seen success on the Northern Ireland show circuit, with SPW Margie winning the Novice Championship at Antrim Show.

And Jack’s handling talents have been noticed locally too – over the summer he won the Novice Interbreed Handler class at Antrim Show.

King added: “I only show because my kids – Jack and Amy – have an interest. Everybody mucks in; my father actually reared the calf for him, so everyone in the family is involved.”

Calf Class results – how the local calves got on 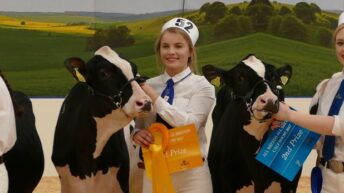