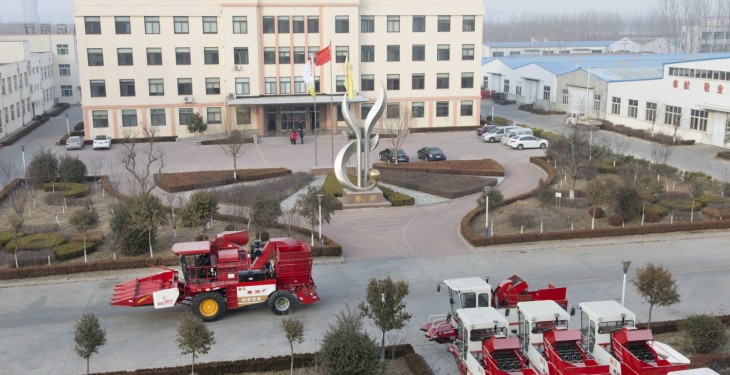 According to CLAAS, the company will now operate under the name CLAAS Jinyee Agricultural Machinery.

CLAAS says the contracts had been signed 16 July last year, but approval had to be obtained from the national authorities and further details have been coordinated over the past few months.

The company say this process has now been successfully completed in the presence of Dr Theo Freye, spokesperson for the CLAAS executive board and the CLAAS managing director Dr Henry Puhl.

Dr Puhl noted this is an important step for the further internationalisation of CLAAS. He said: “The current importance of China in the agricultural industry is set to increase significantly in the next few years. Modernisation and mechanisation using modern agricultural engineering have priority.

He noted: “We are therefore convinced that our Chinese strategy means that we are now well positioned in the largest and fastest-growing agricultural engineering market in Asia. Jinyee and CLAAS complement each other perfectly.”

Presently Jinyee produces various harvesting machines, mainly for the maize and wheat harvest, at two main sites in Gaomi and Daqing. Each of the sites lies in the heart of the country’s two main agricultural regions, one in central China and the other in north-eastern China.

The headquarters of the agricultural engineering company, which was founded in 1958, are in the city of Gaomi, which is situated between Beijing and Shanghai in the province of Shandong.

For 2013 Jinyee is expecting a turnover of around €90m. The company employs a total of 1100 employees, and according to CLAAS, operates a comprehensive sales and service network in central and northern China.

The acquisition by CLAAS comes on the back of an impressive financial year for the company which is in its 100th year in business. The family-owned business generated sales of €3,824.6m, up from €3,434.6m in the previous year. This equates to a rise of 11.3 per cent, with the in the agricultural equipment division seeing a rise in sales of 12 per cent.