In Le Mans, up to 13,000 tractors are developed and built annually – from the AXOS 310 to the largest standard Claas tractor, the 410hp AXION 950. One hundred thousand tractors in 10 years translates into experience, competence and customer acceptance. “We work consistently and in close collaboration with farmers and farm contractors on continued technical development for our tractors, for which we have invested €400 million since 2003 in our Research and Development and Tractor Production departments,” explains Claas Group executive board member Lothar Kriszun, who is responsible for our Tractors business segment.

In 2008, the factory in Le Mans saw the introduction of a new assembly line for cabs, with a new paint shop set up two years later. In mid-2012, our new testing and validation centre in Trangé went into service. Thanks to its proximity to the assembly plant, this new location enables Claas to use tractor expertise that is already available in the area by collaborating with Product Development, Industrial Production and Service at Claas Tractor.

Claas made its latest large investment in the development and production of a new automatic transmission for the ARION 500 and 600 series. This transmission was co-developed by Claas Tractor and Claas Industrietechnik (CIT), a subsidiary of the Claas Group, and introduced to the market last year. It is manufactured and tested in our Paderborn plant, where CIT is based.

Since entering the tractor business in 2003, Claas has not only produced an impressive 100,000 tractors, but more importantly has been constantly expanding its expertise and product range. Thirty-four models have been developed based on the requirements of those who actually use the tractors, from 72 to 524 hp and all tailored to modern agriculture. This is why the new AXION 800 was recently awarded Machine of the Year 2014, Tractor of the Year 2014, gold at the iF product design award 2014, and “Best value” in its class in the DLG PowerMix Test. 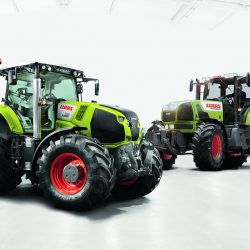 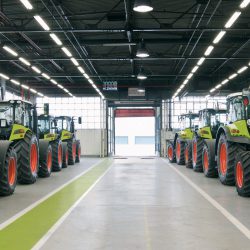