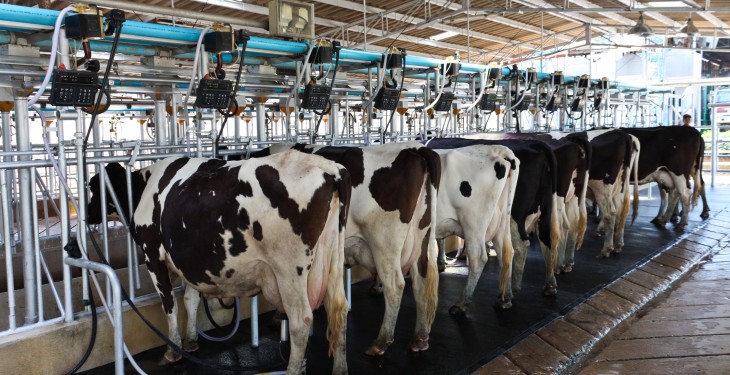 Drying off is a key time for mastitis control on dairy farms, as it can influence the mastitis level in the dairy herd for the next 6-12 months, according to DairyNZ.

The New Zealand research body says, farmers need to consider a number of factors when drying off their cows.

The use of dry cow treatments or tubes will treat most existing infections that have not been cured during lactation, says DairyNZ.

It says, that this method of treatment will also reduce the number of new infections that occur during the dry period, as they are designed to kill bacteria in the udder between day 20-70 after drying off.

Dry cow tubes also allow for a more rapid sealing of the teat canal at drying off, it says.

However, this treatment does not protect against some environmental bacteria which may be introduced into the udder through poor administration of the dry cow tube.

DairyNZ suggests that, farmers should use internal teat sealants, as they protect uninfected quarters from mastitis during the dry period and at calving.

It recommends that these sealants be used in cows with an extended dry period, high SCC or in herds with a high risk of mastitis during the calving period.

DairyNZ says, culling cows is the only way to eliminate a high cell count caused by chronically infected cows from within the herd.

These cows represent a source of infection for other cows and culling can help protect healthy, younger cows which are the future of the herd, it says.

According to DairyNZ, 1-2% of the total cows in the herd should be a benchmark for cows culled annually for reasons directly related to mastitis.

Cure rates are lower for:

The method used to dry off cows can influence how many udder infections establish during the dry period, according to DairyNZ.

The aim at drying off is to shut down milk secretion and to seal the teat canal, it says.

This is important as the majority of infections occur in quarters where the teat has not been sealed.

It also says that it is important to minimise the number of bacteria that contaminate the teats during the first two weeks of drying off.

It recommends that teat spraying is carried out after the last milking to reduce the number of cow-associated mastitis bacteria present on the skin.