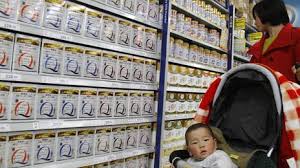 Starting in early 2014, China will relax the current one-child policy. China’s family planning laws, first introduced in the 1970s, restricted family size and, under the current system, a family may only have a second child if both parents come from single child families. Under the new system, families will be able to have a second child if just one of the parents comes from a single child family.

According to Bord Bia Asia manager James O’Donnell this policy shift has huge implications for the infant formula market.

In 2012, the birth rate in China reached 16.35 million and, under the new system, theNational Health and Family Planning Commission estimates that 15 million to 20 million couples will become eligible to have a second child. Early growth estimates vary considerably, predicting additional birth rates between one million to two million being over the next two years.

“This recent announcement has had a strong impact on the markets, with major dairy and powder company’s shares increasing rapidly following the announcement: Yashili up 9.7 per cent, Biostime International up 6.5 per cent, Mead Johnson up five per cent, and Beingmate up 3.6 per cent.”

“Industry analysts are, however, tempering their estimates on the potential population growth rate and the likely impacts on the infant formula market. According to the NHFPC, of those newly eligible couples, just 50 to 60 per cent will choose to have a second child.”

The Bord Bia expert continued: “As this month’s Orrani Dairy report highlights, the long-standing perception in China that “more children is better” has weakened and working couples are now choosing smaller family sizes. This is particularly true of tier one and two cities in China such as Beijing, Shanghai and Guangzhou, where China’s highest income consumers reside; the same group that are in a position to pay a premium for imported formula.”

The value of the infant formula market in China reached €6.58 billion in 2012. The latest estimates predicts this policy shift will add an additional €700 million by 2015 based on an estimate of one to two million additional babies being born.

“This shift in government policy clearly represents a strong opportunity for the overall infant formula market. However, it is important to analyse the likely impact among the 15 million to 20 million eligible couples whose income level allows them purchase imported formula,” O’Donnell concluded.