Can your crops get enough ‘K’redit from their soil bank? 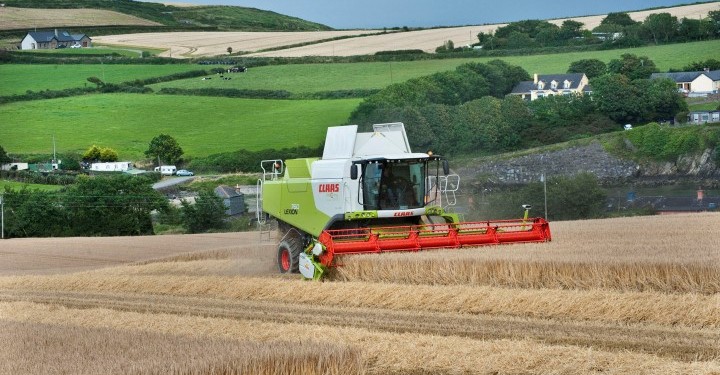 This smaller potash recommendation does not mean that the crop did not need the larger quantity when growing, it is just that it ‘borrows’ most of the potash it needs from the soil reserve bank. It is therefore critical that the soil reserve is able to supply this essential potash, and this ability is measured by soil analysis. For most arable crops the guideline level of sufficiency is in K Index 2. If the soil analysis shows Index 1 then it is likely that the soil will not be able to provide all the potash required by the crop to grow to its full potential. At Index 0 it is certain that not enough potash will be available.

According to the Potash Development Association (PDA) it has now been shown that that more than a third of all soils analysed over the last two years by the Professional Agricultural Analysts Group (PAAG) soil laboratories in Britain were potash deficient, ie they were at K Index 0 or 1. Within this, 32% of arable soils and 45% of grassland soils were deficient in potash.

Plants require large quantities of potash (K2O) when they are growing; at maximum biomass production they can contain more than 300 kg K2O/ha in the above-ground biomass. Potassium performs many critical functions in crop nutrition, including maintenance of stiffness of straw, ensuring transport of assimilates during grain filling and the alleviation of stress, such as that caused by drought and heat, and also by pest and disease attack. It is essential to ensure that a crop is well supplied with potash prior to investing in straw strengtheners and chemical control of pests and disease. A deficiency of potash will weaken the plant and cause it to reduce its growth in order to maintain appropriate tissue potassium concentrations for critical cellular functions.

The bulk of the potash in plants is needed to ensure adequate pressure in the cells of the leaves and stems to maintain their rigidity. Most of the water in growing plants is inside the cells, but this ‘sap’ is not just water, it is mainly a potassium-containing solution which acts to ensure that the cell walls are under pressure, through osmosis. If the crop becomes short of water this pressure cannot be maintained and the crop wilts. The cell sap water contains about 9.4 g K2O/litre; this is equivalent to almost 10 kg K2O/tonne of tissue water. A cereal or rape crop can contain anywhere between 25 and 50 tonnes of water in the above-ground tissue at flowering.

The conclusions from this are as follows:

The amount of potash which must be available in the soil for crop uptake is very large and can be twice the requirement for nitrogen.  Any part of the plant which consisted mainly of green cells (such as leaves and stems, but less so for grain) will have had a high potash content. If a material is harvested green or fresh, such a silage grass, zero-grazing or most vegetables including potatoes, then potash removal in the harvested material will be high.

If a material which is harvested is ‘dry’ but has been green, such as leaves, straw or stems, then the potash content will still be relatively high, even though a significant amount of the potash will have been returned to the soil by the plant, in dead plant leaves and stems or through being washed out of the senescing plant material by rain. Harvested grain will tend to have a higher phosphate content, but a relatively lower potash content than straw.